It was also revealed that some of the remaining suspects are foreign-passport holders and currently live overseas.

The arrested person, who is only identified by her last name Song, is known to be one of the four individuals, including her husband, who had been running the illegal site from 1999 to 2016, using overseas servers. She is the first among the four to be placed under arrest. 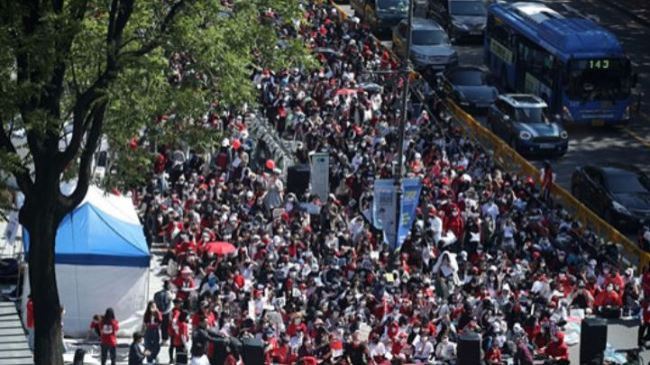 Her passport was suspended by the Ministry of Foreign Affairs last year. She then filed a legal complaint against the ministry to get her passport validated again, but it was refused by the court in April.

Police said Song’s husband, as well as two others who had been running the site, are either Australian nationals or permanent residents of Australia. The South Korean police has requested Interpol to cooperate with their investigation to locate the three remaining suspects overseas.

SoraNet users would also post pictures or video footage of women’s body parts, many of which had been secretly captured in public bathrooms or changing rooms using hidden cameras.

Song reportedly told the police that although she owned and managed the site, she and other owners “never produced or posted” such content online.

“It started off as a space where we (my husband and I) wanted to share stories about us, but the users turned it into something else,” she reportedly told authorities after being arrested.

Still, police believe the four suspects together raised billions of won by collaborating with illegal brothels and gambling sites by placing their ads on the site.

Authorities are currently seeking ways to claw back the profits the suspects have illegally raised over course of some 17 years.

So far, some 80,000 illegal, sexually exploitive pieces of content have been identified and captured by the Korean authorities from the now-defunct site. It is estimated that a much higher number of illicit files had been shared among the site’s users.

Local media outlets have reported that Song and three other suspects are graduates of some of the most prestigious universities in Seoul. It is unclear whether they had other jobs while running the illegal file sharing site.

It took the Korean government some 10 years to shut down SoraNet, only after concerns and protests surged against its content by women’s rights activists; authorities had been claiming that because the site’s servers were located overseas, it was virtually impossible to punish those responsible. A concrete probe was only launched in 2015, more than 10 years after SoraNet was first founded in 1999.

Earlier this month, more than 22,000 Korean women gathered in central Seoul to protest against the authorities’ lax treatment of cyber sexual crimes against women. The event remains the biggest women’s rights rally in the country’s history.