This year, SBS got legendary football star Park Ji-sung as one of their commentators and KBS got former national team player Lee Young-pyo.

MBC, however, added an exceptional figure on its commentator list, a top streamer “Gamst.” The TV network company explained that the selection was made to target young viewers who are more accustomed to online-based platforms rather than TV. 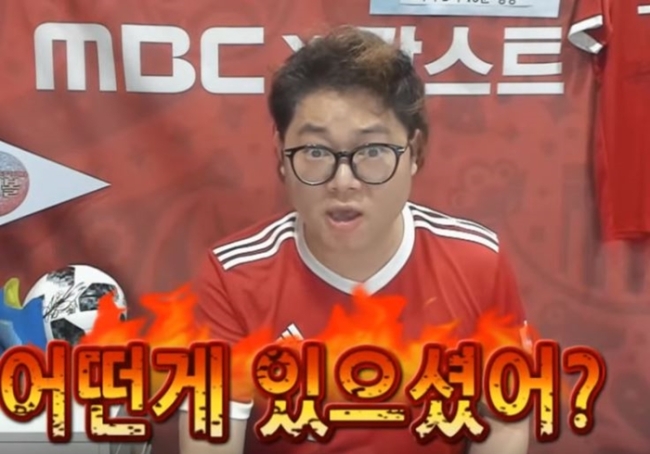 As a position named “Digital Commentator,” Gamst gives a running commentary of the 2018 World Cup games in real time, while he watches the matches provided by MBC. His broadcasts are aired via a video-streaming platform Afreeca TV, and more than 350,000 soccer fans watched his channel during Saturday’s game between South Korea and Mexico.

The 28-year-old YouTuber, who started his career as an online football game broadcasting jockey in 2012, made his name by creating various football-related contents with his witty remarks and overreactions. As the language on online-based video platforms are not censored, Gamst swears freely during the live broadcasts.

During Saturday’s match, Gamst shouted “Son Heung-min should play alone from now on! No one (among the Team Korea) should be in the field right now except Son,” criticizing the poor performances of the national team players. He even shed tears after Korea was beaten by Mexico, as he watched Son crying in an interview.

The football fans counted his electrifying reactions and funny comments as the biggest reasons of his soaring popularity as the football game commentator. 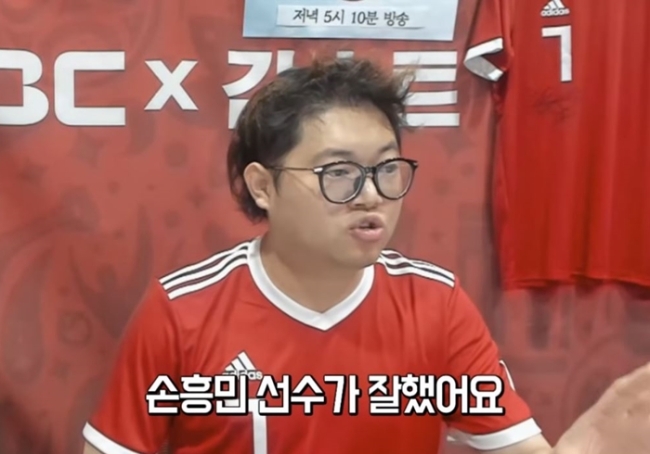 “Gamst expresses the exact same feelings of mine, both joy and rage, while watching Team Korea plays on the World Cup games,” Yoon Chang-sung, a 24-year-old college student and a fan of Gamst, told The Korea Herald.

“Even though I watch the games in my room all alone, I feel like I’m watching them with the 350,000 viewers together. When you think of every one sharing the same feelings as me and Gamst, it makes me feel so thrilled.”

The streamer is set to give a play-by-play commentary on the upcoming match between Korea and Germany on Wednesday night.