Ed Kwon, or Kwon Joon-hyuk, is a 23-year-old Korean magician based in Las Vegas and Los Angeles. Despite his young age, he performed as a headliner act last Christmas at The Magic Castle in Los Angeles, the world-famous private club for magicians. 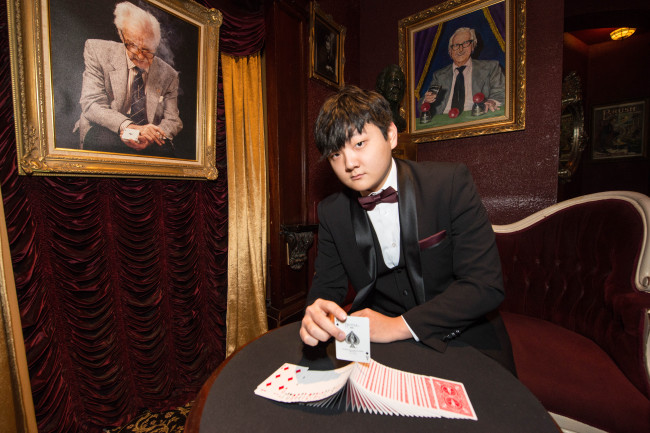 Ed Kwon
On Tuesday, Kwon spoke with The Korea Herald before staging a magic show at an event held by the Corea Image Communication Institute at Grand Hyatt Seoul.

“This was where it started,” Kwon said, before doing card magic in front of the audience. In 2011, he staged a magic show at C20, a grand event held by the institute. It was his first time to perform magic at an official event.

As a student, Kwon did magic on the streets with a group of friends. He was passionate enough to do a magic show for eight hours without repeating a trick or pausing, but didn’t have the opportunity to perform at official events. 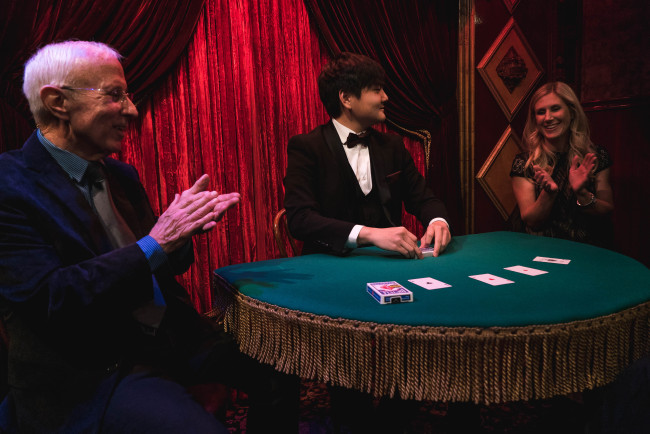 Magician Ed Kwon performs magic at The Magic Castle in Los Angeles, California in December 2017.
Kwon’s passion for magic started when he was six years old. His parents took him to a magic show where a magician flew in the air like a bird. It turned out, the magician was David Copperfield, one of the most renowned magicians in the world. He was in so much awe that he cried.

“I was blessed but cursed,” Kwon said. “From then, other magic shows were not as great. They all looked so dull. So I started to practice magic myself.”

Since then, Kwon started to study all kinds of magic by himself through books. As there weren’t many books in Korean, he had to read foreign ones. That’s how he picked up English.

While reading a book in 2011 written by Chicago-based magician Edward Marlo -- whom he respects so much that he named himself after him -- his magic world was turned upside down.

“I learned the beauty of cards. Cards are easy to carry around, can be used at any setting regardless of the language and can hold an incredible depth of meanings,” he said.

From then on, Kwon became a “cardician,” a magician who mainly plays cards. Citing another well-known magician, he quoted, “Playing cards is the poetry of conjuring.” 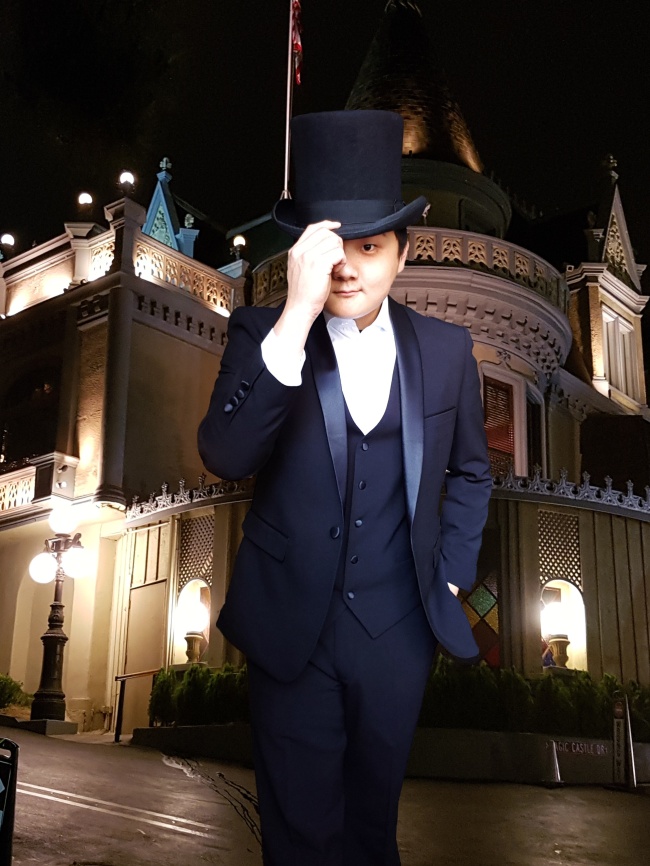 Ed Kwon
Surprisingly, the magician is also a college student.

“At a certain point, I felt a limitation as a magician. People have this prejudice, usually thinking of magicians as undereducated,” he said. “Also, I did a case study on the differences between successful magicians and those who are not so successful. I learned that the successful ones are very cultured, sophisticated. So I went to college, majoring in philosophy.”

But he changed his major to hospitality, thinking that “understanding humans” is the most essential part of magic. “The stage for magic may be decreasing, as other various forms of entertainment are emerging. In the end, however, it’s all about humans. Magic is done by humans and for humans. No matter how technology develops, people want to interact with others,” he said.

Kwon claimed that many highly-educated people are into the art of magic, saying there are a lot of lawyers and doctors who practice magic. He added, they are also the ones who give out the greatest reactions at magic shows.

“It goes against what they know, the logical and critical thinking,” he said. “It’s like riding a roller coaster. We know that it’s safe, but it’s still scary. The gap thrills us,” the aspiring magician said. “It’s the same for magic. Magic can’t be understood from what we know in our heads. But the excitement can still be felt through the heart.”