The organizer of the two-day festival, held at the Seoul Olympic Stadium Friday and Saturday, said in its post that the “performance was interrupted during BLACKPINK’s third song, ‘Forever Young’” due to safety issues. Black Pink performed at the opening of the festival on Friday. 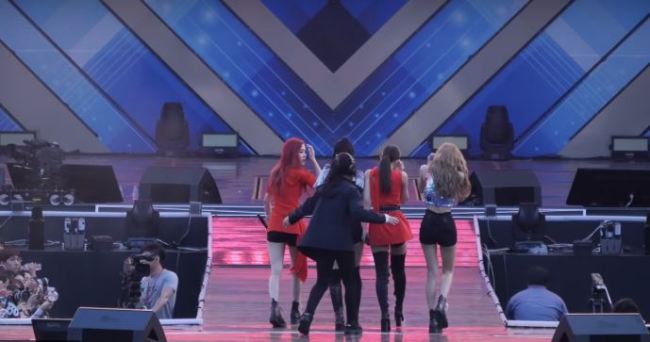 Black Pink are sent off stage by a staff member during their performance of "Forever Young." (Screencaptured from YouTube)
Black Pink performed one of its hits, “As If It’s Your Last,” followed by “Stay.” During its third song “Forever Young,” a popular number on the group’s latest EP, a staff member came up on stage and ushered the group out of sight.

The group did not return to finish their performance, leaving fans angry and confused. K-pop fans commented on the duty-free operator’s apology post, pointing out that “fans ‘paid’ to see Black Pink” but could not even hear the group perform its lead track from its latest release.

While Lotte Duty Free is still under fire regarding its “unprofessional” handling, Black Pink attempted to make amends on Saturday by handing out ice cream to fans. 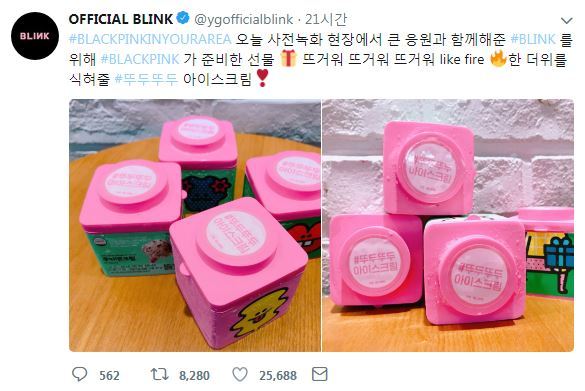 (Screencaptured from Twitter)
According to a post on the official Twitter account of the girl group’s fan club Blink, cups of “Ddu-du Ddu-du Ice Cream” after the group’s latest hit track were provided to fans who came to see the group’s MBC “Show! Music Core” recording.