North Korea's state media on Sunday demanded the abolishment of South Korea's human rights act and a foundation dedicated to its enforcement, arguing they only hamper efforts to improve cross-border ties.

The call came weeks after Seoul closed the office for the state-run foundation due to a yearslong delay in its official launch, which was caused by political hurdles. The government, however, pledged continued efforts for the launch. 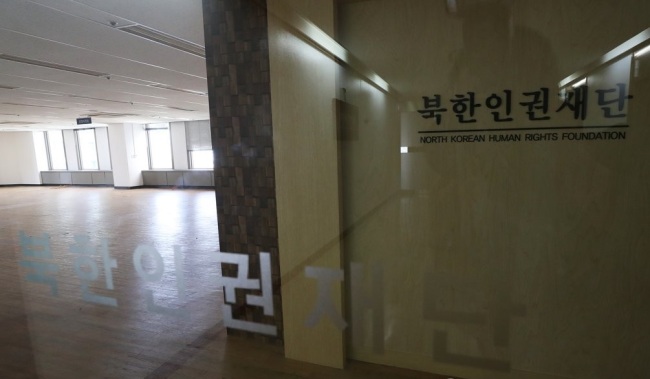 Touching on Seoul's efforts to launch the foundation, the website said the South Korean authorities are not prepared to respond to the "shifting circumstances and public sentiment."

"Any attempt at maintaining confrontational remnants of the conservative cliques will do more harm than good in light of the current trends of the North-South relationship," it said.

The foundation is aimed at conducting research and supporting civic groups to improve the North's human rights situation under the law that went into force in September 2016. But it has yet to be formally launched due to a delay in the parliamentary process to recommend candidates for its board members.

The North has long been labeled one of the worst human rights abusers in the world. Pyongyang has bristled at such criticism, calling it a US-led attempt to topple its regime. (Yonhap)