[ The Korea Herald – Send E-mail ]
US-China trade dispute will have limited impact on Korea: study
By Yonhap
Published : Jun 21, 2018 - 16:10
Updated : Jun 21, 2018 - 16:10
The escalating trade dispute between the United States and China is expected to affect South Korea's exports to the world's two largest economies, but only to a limited extent, a study showed Thursday.

The US has threatened to impose a 25 percent tariff on up to $50 billion of 1,102 Chinese goods in response to alleged intellectual property theft, with the initial tariffs worth $34 billion set to go into effect on July 6.

China said it will impose 25 percent tariffs on 659 US goods worth $50 billion in response to the US measures. They include agricultural products and automobiles, which are politically sensitive sectors for US President Donald Trump. 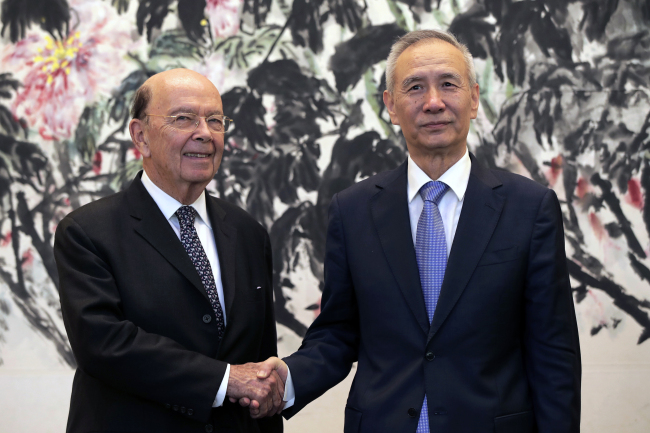 (Yonhap)
If Washington and Beijing actually levy $50 billion of tariffs on a broad range of items from each other, the Korea Institute for Industrial Economics & Trade said that would decrease their trade volume and gross domestic product.

As a result, South Korea's exports of intermediary products to the two nations, especially of memory chips, chemical products and auto parts, will be hit by the fall in overall production for certain goods, the state-run think tank said.

The institute said exports to China could decrease by some 0.19 percent this year from $142.1 billion in 2017, while those to the US could decline by 0.09 percent in 2018 from $68.6 billion last year, if the G2 economies go head-to-head and exchange retaliatory tariffs.

Economic growth in South Korea is expected to fall by 0.05 percent in 2018 from last year's $1.53 trillion under such a scenario, it noted.

"(The trade dispute between the US and China) is expected to have a restricted impact on telecommunications, computer parts, chemical, autos and auto parts," the KIET said. (Yonhap)