According to Incheon Seobu Police Station, two operators of the amusement ride have been booked without detention for sexually harassing and molesting a middle school student in November last year.

The operators, who are referred to as disco pang pang “DJs” in Korea, also face charges of using abusive language toward three other students of the same school. 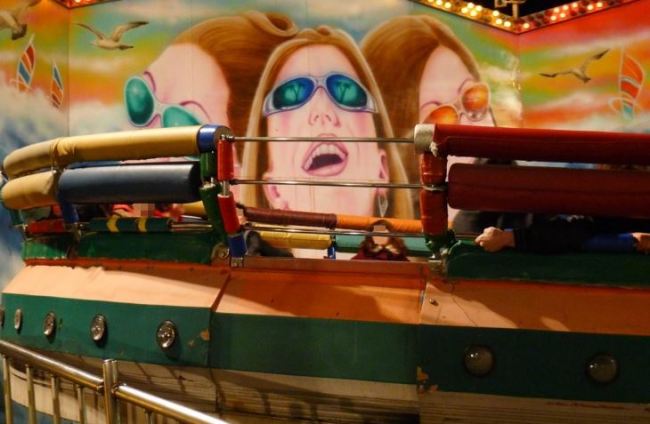 An indoor “disco pang pang” ride (Yonhap)
Disco pang pang refers to tagada-style amusement rides in Korea. Riders sit at the edge of a circular ride and hold onto bars behind them as the ride spins and bounces the riders up and down. As there are no seatbelts, riders often lose their grip and fall onto the center of the ride.

DJs play music while bouncing the riders. They have often been criticized for targeting girls wearing school uniform skirts, as well as for causing injuries.

The DJs who have been booked reportedly quit operating the ride in April, when four parents reported to police that their children had been harassed by the DJs.