According to the latest data from Statistics Korea, the country’s jobless rate stood at 4 percent last month, up from 3.6 percent in May last year, when Moon took office. The figure for young people aged 15-29 rose from 9.2 percent to 10.5 percent over the cited period.

The overall and youth jobless rates last month marked the highest for May since 2000.

The on-year increase in the number of newly employed people remained at 72,000 last month, the lowest since January 2010, when job offerings declined by 10,000 from the year before in the aftermath of the global financial crisis.

Economists attribute the worsening unemployment mainly to this year’s sharp rise in the minimum wage, which has driven mostly low-wage workers out of their jobs. 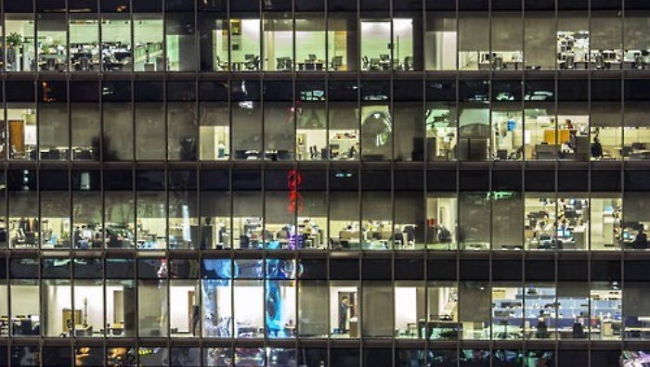 (Yonhap)
They also cite the disappearance of many low-paid jobs as the main reason for the decreasing income of poor households. The average monthly income earned by the lowest 20 percent of households in the country fell 8 percent from a year earlier to 1.28 million won ($1,160) in the first quarter of this year, according to data from the state statistics body.

Steep minimum wage hikes are a key part to the Moon administration’s income-led growth drive propelled by a set of pro-labor measures and strengthened welfare programs.

Moon came forward last month to shrug off worries about the sharp wage increase, saying its effects are “90 percent positive.”

The ruling party’s landslide victory in last week’s local elections is likely to consolidate his government’s adherence to the income-led growth policy.

In a meeting of economy-related ministers held Friday after the latest job figures were published, Finance Minister Kim Dong-yeon, who concurrently serves as deputy prime minister for economic affairs, described them as “shocking.” 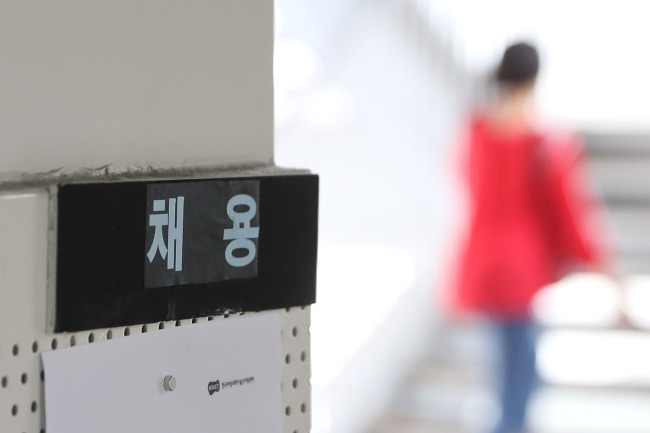 (Yonhap)
“The government has taken various measures to boost employment, but things have not improved,” he said.

Kim and other officials cited a list of reasons for last month’s poor employment numbers, ranging from weather conditions to changes in the country’s demographic structure. But they made no mention of the possible fallout from the minimum wage increase.

Economists note it makes no sense to repeat reasons frequently cited in the past for an abrupt downturn in employment.

“The loss of a massive number of part-time and temporary jobs cannot but be seen as stemming from the minimum wage (increase),” said Nam Sung-il, a professor of economics at Sogang University in Seoul.

The worsening unemployment in Korea contrasts with the tightening job markets in other advanced economies, including the US and Japan that are close to full employment.

There are concerns that reduced working hours, which are set to be put into practice in July, will add to exacerbating the country’s unemployment problem.

But current employment rules that make lay-offs almost impossible are likely to deter companies from hiring more workers to fill vacated working hours. A recent survey of 500 small and medium-sized firms showed 85 percent had no plan to increase workforce to prepare for the reduced workweek.

Experts say local businesses may become further reluctant to employ workers if reduced working hours result in cutting wages and dampening consumption. According to a study by the National Assembly Budget Office, the shorter workweek is projected to slash wages by 10.5 percent for regular employees and 17.3 percent for nonregular ones.

Buoyed by the ruling party’s overwhelming win in the June 13 local elections, the Moon government seems poised to continue to push for policies that cover the negative effects of its income-led growth drive with increased fiscal spending and place more restraints on big businesses.

But experts note the government should refrain from using the election outcome as a momentum to carry forward measures that would worsen economic difficulties faced by the country.

“It would go too far to say the election victory also meant voters were satisfied with the economic policies,” said a former top economic official who served under the previous administration, asking not to be named.

He asked the Moon government to pay heed to calls for accelerating deregulation and other works toward bolstering corporate activity.

Moon has pledged to push for innovation-driven growth in tandem with income-led growth, causing criticism he has pursued a mix of incompatible policies. Critics say his administration has put forward innovation-fueled growth, for which sweeping regulatory reforms are needed, as a kind of ornament to income-led growth.

In a meeting with Finance Minister Kim last week, Park Yong-man, head of the Korea Chamber of Commerce and Industry, lamented that most of the 38 requests for deregulation made over the past four years remained unresolved.

The combined sales of the country’s nonfinancial firms subject to external audit increased 3.4 percent from a year earlier in the first three months of this year, down from 5.7 percent in the previous quarter. Aside from chipmakers, the increase rate fell to 1.8 percent.