According to its JYP Entertainment agency Monday, the K-pop girl group’s upcoming song will offer a fresh tune that suits the summer weather. The song’s teaser image, released by the agency, showed a wooden tent against a backdrop of a starry night sky and dark green forest. 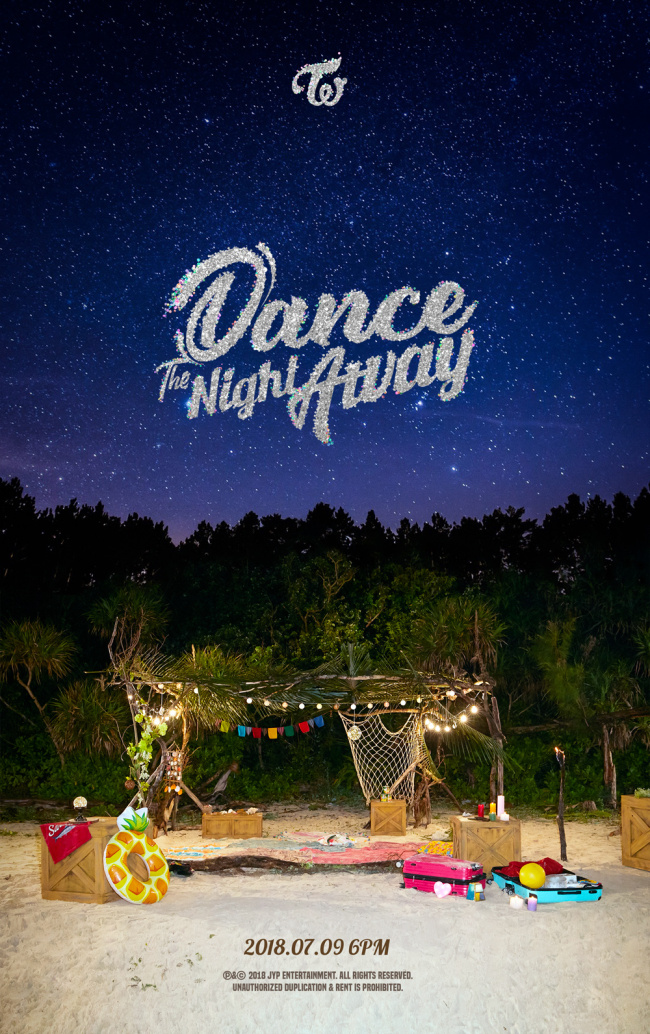 Teaser for Twice’s upcoming single, “Dance the Night Away” (JYP Entertainment)
Since debuting in 2015 with “OOH-AHH,” the nine-piece act has become one of the most prominent K-pop girl groups on the scene, churning out mega hits like “Cheer Up,” “TT,” “Knock Knock,” “Signal,” “Likey” and “Heartshaker.” The band includes two Japanese singers and one from Taiwan.

Having recently wrapped up promotions for “What Is Love,” which was released in April, Twice is now scheduled to hold nine concerts in four cities in Japan in September and October.