The Incheon headquarters of the far-left Justice Party previously said it would file a damage lawsuit of 613 million won ($557,700) against Chung, and has been gathering 613 people to join the class action suit. The number matches the date of the local elections, which was held on June 13. According to the Justice Party, 190 citizens said they will participate in the suit, as of Sunday. 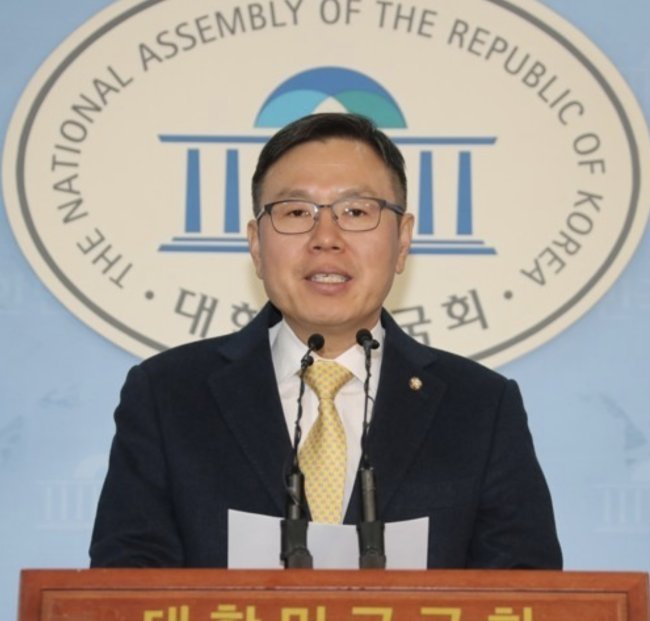 Former spokesman for the major conservative opposition Liberty Korea Party Chung Tae-ok. (Yonhap)
The move comes after Rep. Chung made a disparaging statement on the two cities during a televised panel discussion on June 7 where he made an appearance to speak on behalf of his party’s mayoral candidate Yoo Jeong-bok. Yoo, who was running for his second term, lost against Park Nam-choon of the ruling Democratic Party of Korea in the election.

“If you get divorced, you end up moving to Bucheon, and those who go bankrupt move to Incheon,” Chung had said. During the discussion, he was talking about the low employment, high household debt and welfare expenses of the regions.

His statement went viral and political parties lashed at Chung. Chung resigned from his post the next day and defected from the conservative party.

“My sixth grade elementary school child asked me if we moved to Incheon because we fit that case, and I did not know how to answer,” a post on the site read. “I do not understand how one can have such thoughts and become a politician.”

Others also expressed outrage, saying that such a statement can only come about because the politicians do not respect the people and look down on them.