[ The Korea Herald – Send E-mail ]
Police to look into Gyeonggi governor-elect’s alleged extramarital affair
By Jo He-rim
Published : Jun 17, 2018 - 17:10
Updated : Jun 17, 2018 - 17:10
Police have started an investigation into a scandal involving Gyeonggi Gov.-elect Lee Jae-myung who allegedly had an extramarital affair with an actress, after receiving the case from the Suwon District Prosecutors’ Office on Saturday.

During the local elections campaign period, a lawmaker from the center-right minor opposition Bareunmirae Party raised the allegation that Lee, a former Seongnam mayor and Gyeonggi governor candidate, had an affair with actress Kim Bu-seon for nine months. 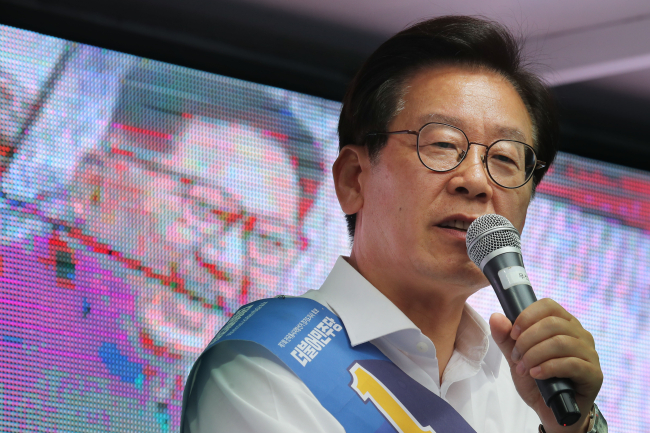 Lee Jae-myung (Yonhap)
Although Kim and others publicly testified and denounced Lee, the politician flatly denied the allegations.

The Bareunmirae Party filed a complaint against Lee on June 10 for violating the election law, including the announcing of false information.

The opposition party also claimed that Lee had abused his power in trying to force his late brother into a mental hospital, and extorted advertisement fees from several local companies to spend on Seongnam Football Club, of which he was the owner as the mayor. Lee denied all the claims.

Kim, 58, has said several times that she had dated Lee. In a primetime news interview with local broadcaster KBS on June 10, she said she could no longer hide her past relationship with Lee. 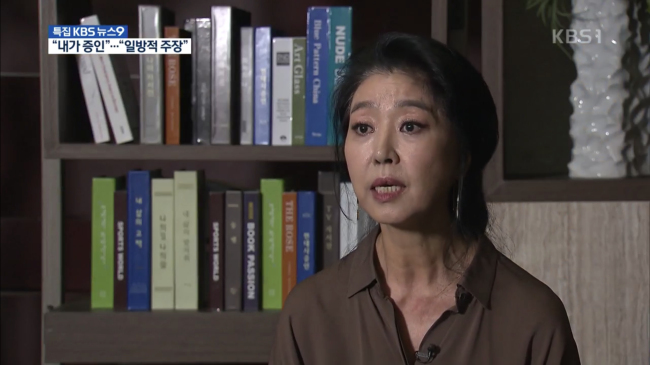 Kim Bu-seon (Yonhap)
“If I am lying, I will be punished by heaven, and I will not be sorry if I am legally punished for it. I am a living witness,” she said.

Users of an online community launched to look into the scandal surrounding Lee said Thursday that it had raised about 20 million won ($18,000) and delivered it to Kim to express support.