Prosecutors on Friday demanded a 25-year jail term for an old friend of former President Park Geun-hye for a string of corruption charges linked to a massive influence-peddling scandal.

The demand came as an appeal to the prior ruling against Choi.

In February, the Seoul Central District Court slapped Choi, Park's longtime friend and confidante, with a 20-year jail term on the conviction of bribery, abuse of power and coercion. 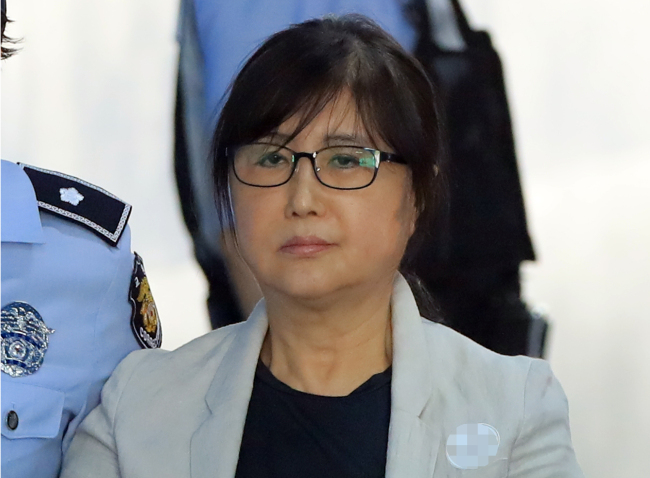 Choi Soon-sil appears at the Seoul High Court in Seocho-gu, southern Seoul Friday. (Yonhap)
The 61-year-old is accused of exploiting her ties with the former president and forcing business conglomerates to pay two nonprofit foundations she controlled.