As of 10:45 p.m. on Wednesday, about 22.7 percent of the ballots were counted. If the figure surpasses 60 percent, it will be the first time the turnout rate has passed the 60 percent mark in 23 years. The highest turnout rate was recorded in the very first local and gubernatorial election in 1995, at 68.4 percent. 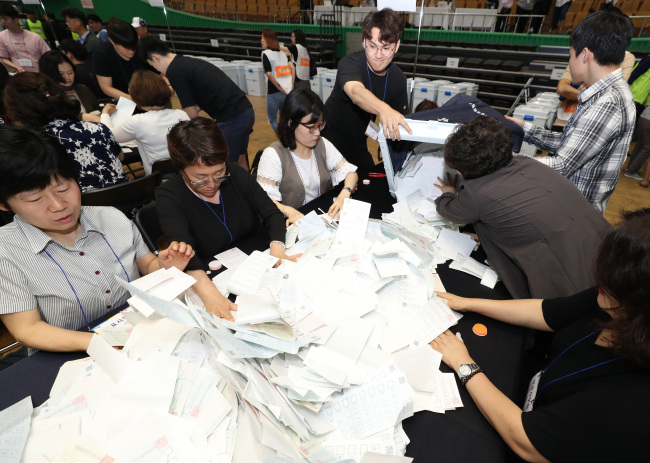 The country also conducted by-elections on Wednesday to fill 12 vacant seats at the National Assembly. The tentative voter turnout rate was 60.7 percent, and 21.07 percent of the voters cast ballots in advance voting.

The NEC suggested this year’s high turnout rate was due to the advance voting system which allowed voting ahead of Wednesday. In the two-day advance voting on Friday and Saturday, 20.14 percent of eligible voters cast their ballots. The system was first introduced for by-elections in April 2013.