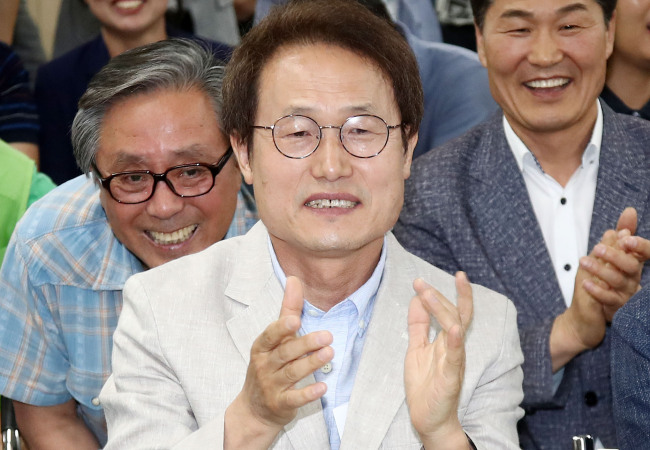 Cho was running for his second term, held the lead in the elections as of 6:00 p.m. against two other rivals in Seoul, according to an exit poll conducted by local broadcasters.

Exit polls showed late Wednesday that Cho picking up 47.2 percent of the vote in an expected landslide, granting the leftwing head of the Seoul Metropolitan Office of Education another four years in office.

Cho was followed by two other candidates -- conservative Park Sun-young who picked up 34.6 percent in the exit polls and moderate Cho Young-dal who came in third.

Cho is in favor of abolishing the city’s most coveted elite private high schools which Cho claims will give equal educational opportunities and eliminate school rankings.

Independent private and foreign language high schools here have become the favored choice of parents who want better education for their children despite their high tuition fees.

In Seoul’s surrounding metropolitan Gyeonggi Province, incumbent superintendent Lee Jae-jung marked the highest approval rating at 40.4 percent in exit polls. Lee is also a liberal educator who pledged to move the school system away from elitism.