[ The Korea Herald – Send E-mail ]
[2018 Local Elections] Heads of two opposition parties likely to resign over election defeat
By Yonhap
Published : Jun 13, 2018 - 21:32
Updated : Jun 13, 2018 - 21:32
The chiefs of two opposition parties are likely to step down as a result of their crushing defeat in Wednesday's local elections, party officials said.

Hong Joon-pyo, the chairman of the main opposition Liberty Korea Party, is expected to offer to resign as early as Thursday, an official said. 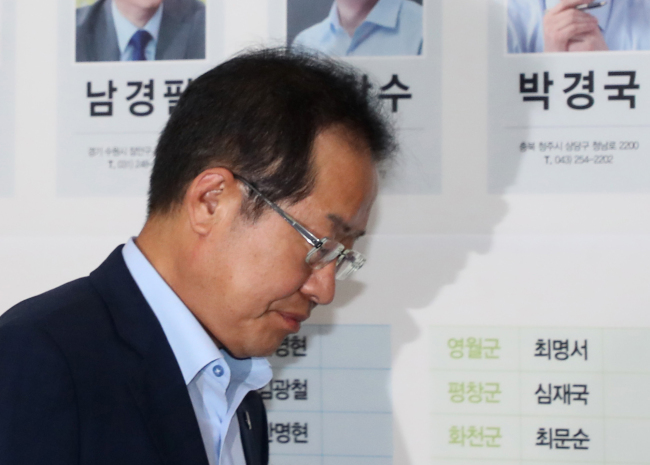 Hong Joon-pyo, the chairman of the main opposition Liberty Korea Party (Yonhap)
An exit poll suggested the party won only two out of 17 major mayoral and gubernatorial posts up for grabs, while the ruling Democratic Party won 14.

Yoo Seong-min, co-head of the minority Bareunmirae Party, which is likely to win none of the posts, may also reveal his stance, possibly an intent to resign, on the same day, party officials said. (Yonhap)