Goni is suffering from a habitual kneecap dislocation, which means that the left hind leg can’t function properly. She limps almost every time she walks. It’s a common symptom for aging pets in Korea, as they live in apartments with slippery floors. 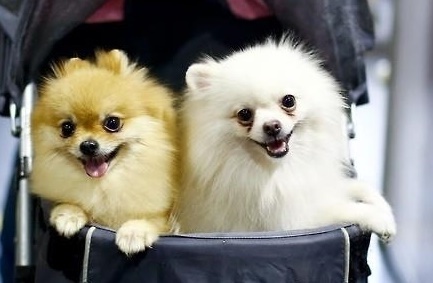 Dr. Iveta Becvarova, a veterinary nutritionist, met local “pet parents” who are worried about their furry friends in southern Seoul for a class on Monday. The session was hosted by Hills Pet Nutrition Korea, part of the global pet food firm. 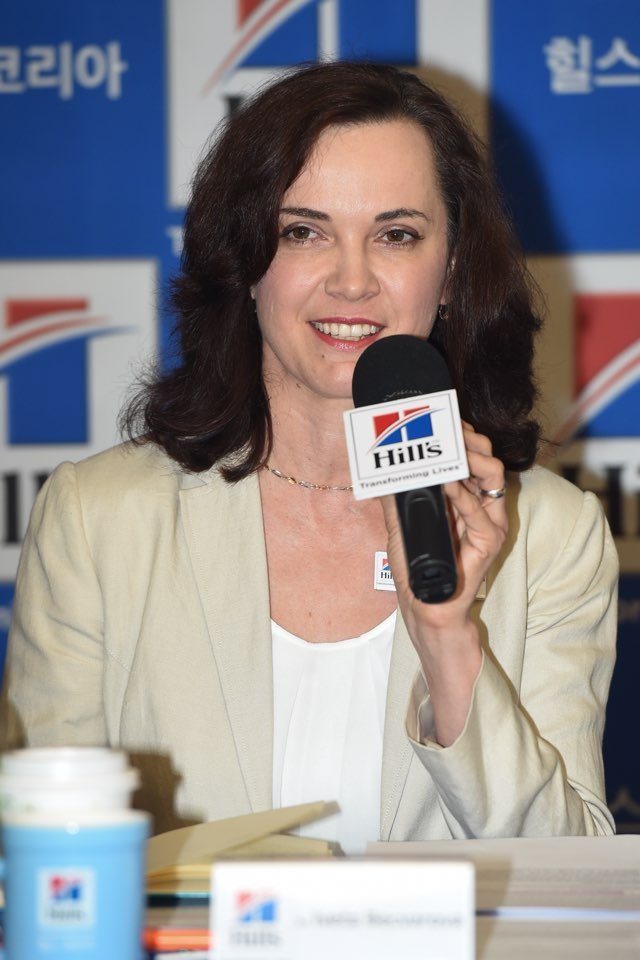 Veterinary nutritionist Iveta Becvarova speaks during a media interview in Coex, Gangnam-gu, Seoul on Monday. (Hill’s Pet Nutrition Korea)
“Pets’ lifespans have become longer, like those of humans. Dogs are likely to live 13 years, cats 12 years,” Becvarova told the class. “But people tend to deny the fact that their pets have grown old. Age is highly under-recognized, but aging doesn’t happen overnight.”

Dogs start aging when they turn 7. Those who are over 11 are considered old.

According to a 2017 research commissioned by Korea Pet Food Association, the average age of a pet dog in Korea was 5.7 years old. Those aged from 8 to 9 accounted for 8.1 percent while those aged above 10 made up 17.3 percent. At least 25 percent of pet dogs in Korea can be considered as reaching “retirement age.” 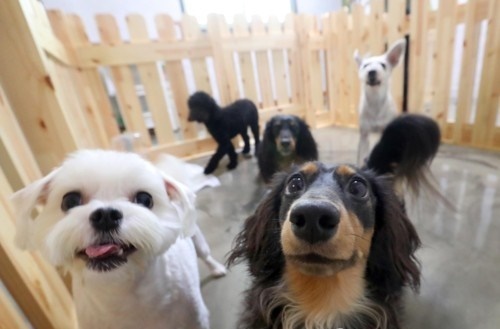 Many pets in Korea have grown old. (Yonhap)
The vet professional told the class to look for five signs of aging in pets. First, look for signs that they have a confused sense of direction, like wandering at home or scratching the wrong doors. Second, check if there is a withdrawal of communication with the guardian. Third and fourth signs can be a change of sleep routine or urination. The fifth sign to look out for is fatigue.

One of the most prevalent symptoms of aging is obesity. Like humans, dogs don’t need much energy as they grow old, but since owners usually feed them the same, they tend to gain more fat. Obesity can be a threat to their health, leading to lameness. 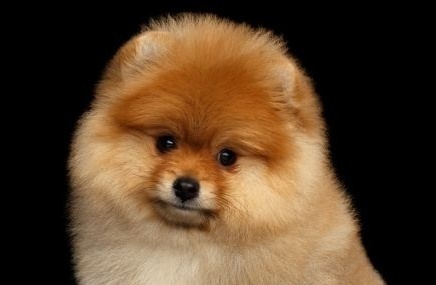 Many pets in Korea have grown old. (Yonhap)
Similar to humans, the solution is an appropriate amount of exercise and nutrition.

“We don’t feed human babies steak. Why would you feed the same kibble to an aging dog? Dog owners should use the right type of feed,” the doctor stressed. “Also, you shouldn’t feed raw meat to senior dogs and cats as they have less energy to fight infection. The meat may contain bacteria.”

Above all, she highlighted the importance of “careful observation.”

“While these signs are natural in aging, some might hint at a disease. It’s important to observe,” she said. “Do dogs whine or cry? Are they going to say, ‘I am not feeling well today?’ We won’t know until we carefully observe. It’s the only way to be with our loved ones longer.”