Headed by Professor Shin Yoon-mi, the research team at Ajou University Hospital revealed that 39.3 percent of the surveyed children watch television -- of which 48 percent watch for an hour on average at least three times a week -- and 12 percent use smartphones every day. 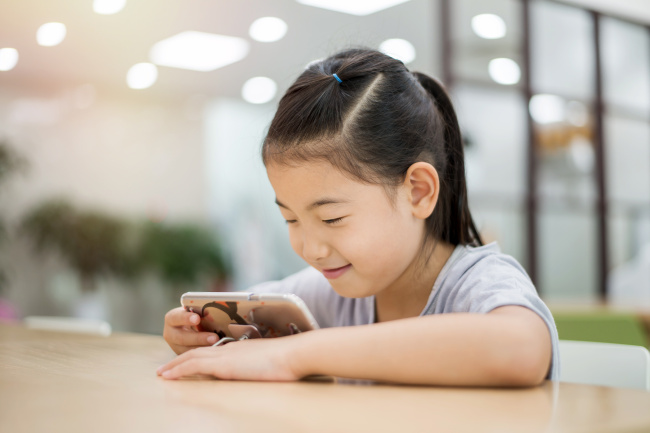 (123RF)
The study also revealed that 66.5 percent of the children started watching television before they were 2 years old and 12.2 percent used smartphones before they had reached 12 months.

The figures are reported to be based off of the 390 parents’ ratings and observations.

The report, published in Psychiatry Investigation’s May issue, highlights the harmful health effects on children due to excessive exposure to television and other mobile electronic media at such a young age.

Early exposure before the age of 2 carries health risks including, but not limited to, sleep disruption, restlessness, fatigue, obesity and aggression.