Jung Hae-in chose the sentence as the most memorable line from “Something in the Rain.”

The rookie actor who recently starred in the hit JTBC series along with veteran actress Son Ye-jin.

The chemistry between Jung and Son was remarkable, earning them the nickname of “the next Song-Song couple,” referring to Song Hye-kyo and Song Joong-ki who, after starring as a couple in the 2016 mega-hit series “Descendants of the Sun,” tied the knot.

Having wrapped up the 16-part series successfully in mid-May, Son and Jung held separate press meetings at a cafe in Samcheong-dong, Seoul, last week, to talk about what the work was like for them. 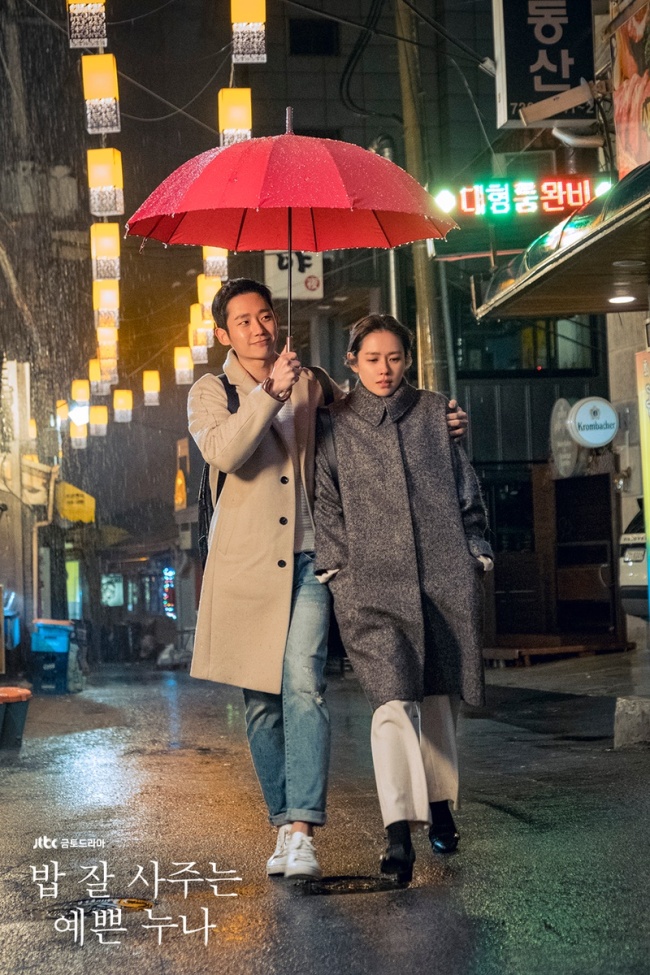 Stillcut from “Something in the Rain” (JTBC)
The two actors both praised and thanked the shooting environment, saying that the working conditions were “unbelievable.”

“I slept seven hours a day while shooting. We shot nine hours a day on average. This is something amazing. I have never been in such a production before,” Jung said. “The director doesn’t shoot any unnecessary scenes. He has it all in his head.”

Even before the series began airing, much anticipation had built up around the participation of famed director Ahn Pan-seok, known for his exceptional visual style and acute depiction of reality.

Though “Something in the Rain” is a romantic melodrama, the plot incorporated the ongoing #MeToo movement, by depicting Son’s character as a person who stands up to an executive’s repeated sexual harassment.

“We didn’t show everything about #MeToo, nor fully describe the pain that the character had to go through. She is not just a victim, but a whistleblower as well. That is another aspect, much more painful,” Son said. 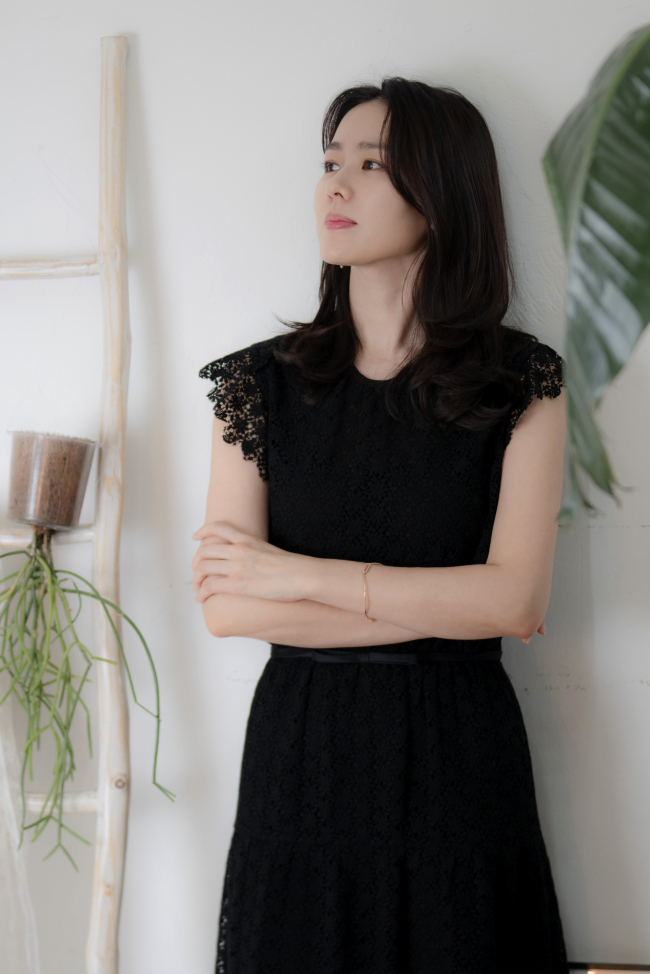 Son Ye-jin (MSTeam Entertainment)
“Something in the Rain” marked the actress’ comeback to the TV screen after a five year break, as she had been focusing on films.

With the exceptional chemistry between the two actors, speculation that the two may be dating in real-life, like the Song-Song couple, are perhaps inevitable.

“I think Son and I should do a high-five,” Jung said when asked how he felt about the rumor. “It means that our acting was well-received by the viewers. If mutual respect takes place first, acting can be good. I respected her, she respected me.” 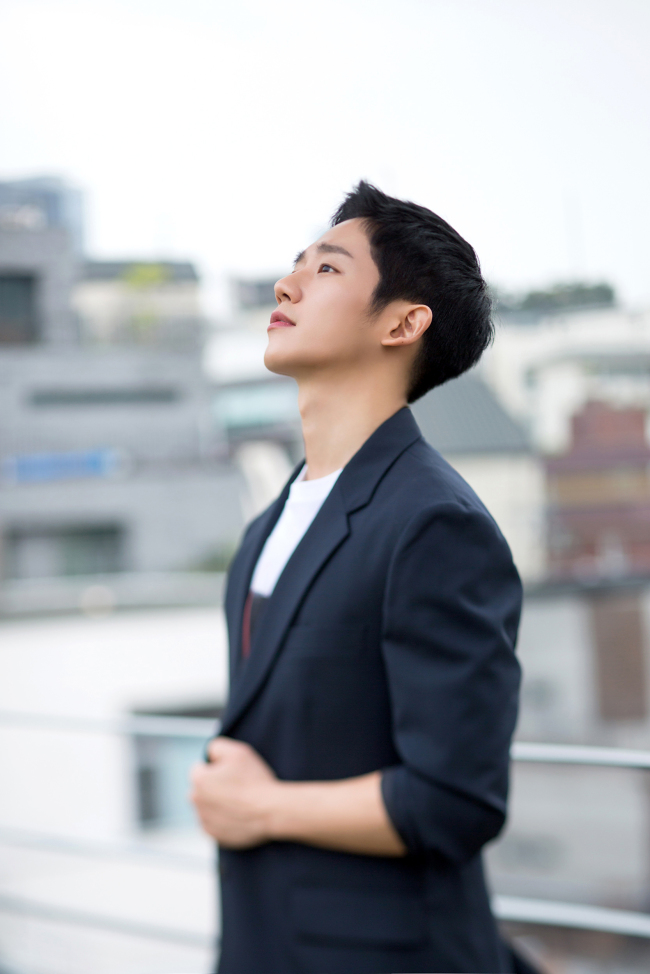 Jung Hae-in (FNC Entertainment)
Son, a seasoned actress who debuted in 2001, was sure that Jung could pull it off. At the start of the drama, Jung was yet untested. It was his first time playing a main character.

Through the series, however, Jung rose to stardom. So much so that there were frequent news reports on the rise in the stock price of Jung‘s agency, FNC Entertainment.

“Co-stars are really important, they take up 80 percent of my acting. I hoped for someone that I could really love,” Son said. “I didn’t see much of Jung’s previous works. But even from the little bits, I could see that his acting was great with potential.”

As Son was cast first, she imagined about who would play her partner. When she saw Jung, she was sure that he was the right person. It wasn’t just Son who had thought so from the start.

“On the day of the drama’s finale, the scriptwriter called me and said, ‘I saw you for the first time, and you were the Seo Joon-hee that I drew in my imagination.’ I was greatly honored,” Jung said.

Though the drama got off to a great start, its luster somewhat paled as the couple struggled with various hardships. To the disappointment of many who wanted a fantastical tale of romance, the drama remained grounded in reality.

“It wasn’t an unrealistic story between just us. We shot at realistic places, such as in front of an apartment, at a rooftop of an office building and in an elevator. That’s why people could empathize with the story,” Son said.

“I personally understood all the characters, even the bad guys. As staff members work mechanically, it is usually hard for them to empathize with the story. But with this work, even the staff loved the series.”