Rags covered in rat feces and trash buckets being used to defrost seafood were found in restaurants lauded as must-visit spots to both locals and tourists. 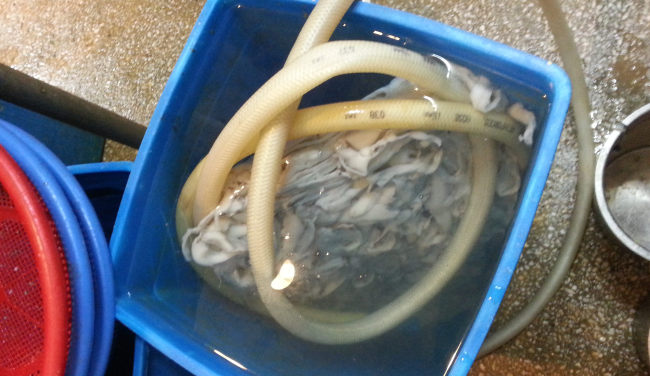 Seafood is being defrosted in a trash bucket filled with hose water. (Yonhap)
A total of 25 restaurants in violation of health codes were exposed upon an inspection by the Busan Metropolitan Police Agency, it announced Thursday.

Some 12 were found using long expired ingredients, such as cooking oil two years past its expiry date.

Five restaurants falsely claimed their ingredients were locally sourced when they were actually imported from China. 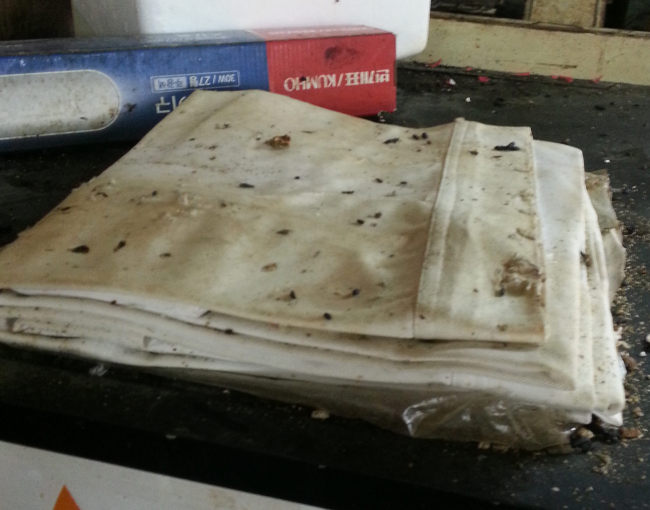 A rag has been covered in rat feces. (Yonhap) 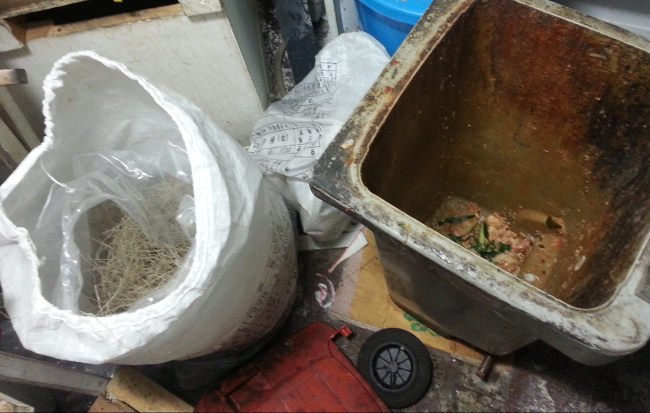 A kitchen of a famous Busan restaurant is in a severely unhygienic state. (Yonhap)
Five restaurants were found storing frozen food in room temperature.

Many of the problematic restaurants had been spotlighted on television as delicious, must-visit restaurants for travelers.

“It was difficult to believe that these were the kitchens of famous eateries,” Busan police told local media. “We will charge owners of the 23 of the 25 exposed restaurants with violation of the Food Sanitation Act. Relevant organizations have been informed regarding what measures to take on these establishments.”

Police plan to strengthen crackdowns on restaurants in violation of the Food Sanitation Act in the future.