Under the title of “North Korea Dance by Eun-me Ahn,” Ahn reimagines traditional Korean dance, in particular that of North Korea. 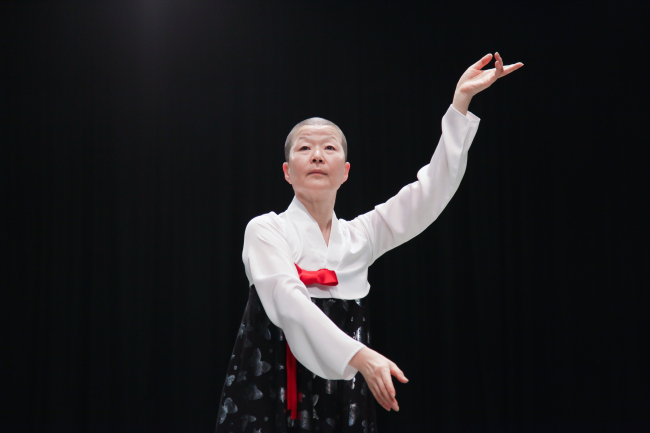 Korean contemporary dancer Ahn Eun-me rehearses “North Korea Dance by Eun-me Ahn” at the Korea National University of Arts on May 14. (Korean Traditional Performing Arts Foundation)
“I hope this work offers us opportunities to rethink what we might have forgotten over the last 60 years,” said Ahn during a press conference in Seoul on Thursday. “I included my name in the title because it’s my adaptation of North Korean dance,” Ahn added.

Explaining that she was once afraid to even refer to North Korea because of the widespread anti-communist sentiment here in the past, Ahn said that she is encouraged by the ongoing inter-Korean exchanges.

“I did not look into North Korea (for a long time) as I was told and educated not to do so. It made me uncomfortable. I was busy, too. But then I started to see the exchanges between the North and South, and I began to have hope that I could also do something,” Ahn said. 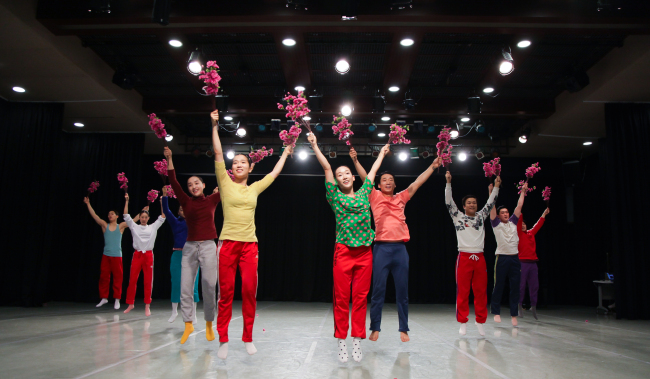 Members of the Eun-Me Ahn Dance Company rehearse “North Korea Dance by Eun-me Ahn” at the Korea National University of Arts on May 14. (Korean Traditional Performing Arts Foundation)
“My work will be somewhat different from North Korean dance as I had to consult references I could find online. However, combining dance from the South and the North yielded a different kind of aesthetics, all its own,” added Ahn.

“It flies,” Ahn said in describing North Korean dance. “North Korean dance has this characteristic of lightly moving up and down with your spine straight, while those of South Korea droop low, with the spine bent,” she added. “You also make steps faster and snap the wrists more often.” 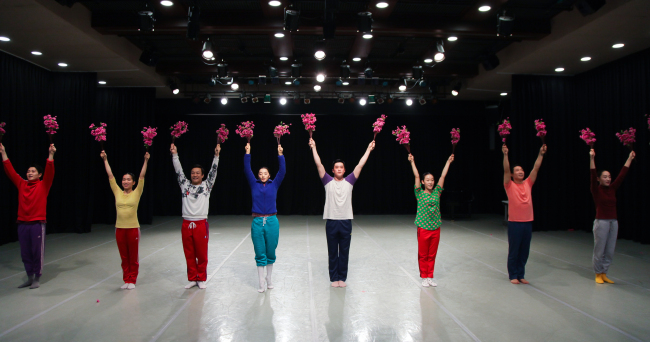 Two popular North Korean songs “Nice to Meet You” and “Whistle” have been chosen for her latest choreography. Other songs had to be recomposed due to copyright issues.

“Dance is apolitical. It is also the only language without boundaries. I hope someday everybody in the world will be able to hold their hands and dance side by side,” said Ahn, who was appointed as an associate artist of Theatre de la Ville in France in April.

Ahn made her Paris debut in 2008 with her 2007 production “Princess Bari” and earned international recognition with a trilogy composed of “Dancing Grandmothers,” “Dancing Teen Teen” and “Dancing Middle-aged Men,” performed at the Paris-based theater in 2015.