The band’s agency JYP Entertainment said Saturday that the act’s second Japanese single, “Stop the Rain,” will be released on July 25. The upcoming record has been produced by Shinichi Ubukata, a guitarist known for his activities as a member of Japanese rock band Ellegarden and Nothing’s Carved in Stone. 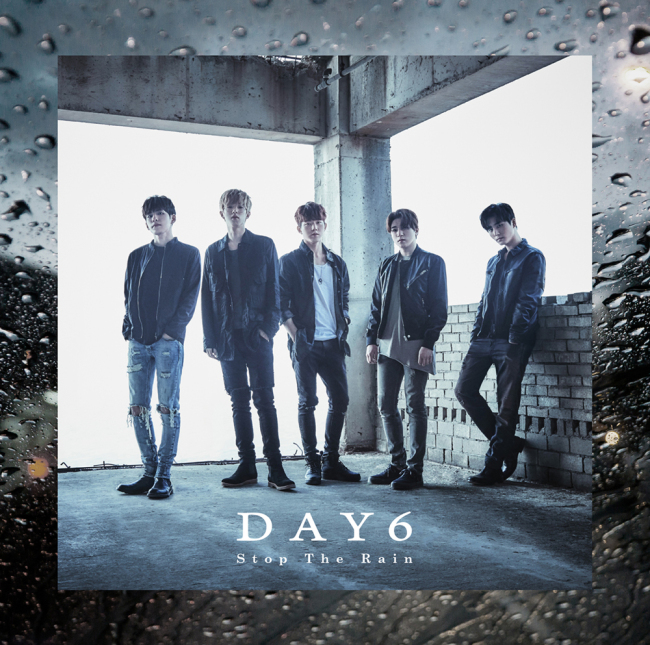 Poster for Day6’s upcoming Japanese single “Stop the Rain” (JYP Entertainment)
Day6 has also participated in writing and composing the new song in both English and Japanese, with the song to describe feelings of despair.

“With the collaboration with Ubukata, Day6 has completed its own emotional rock sound layered with beautiful melody,” an agency official said.

Having debuted in September 2015, the act made its Japanese debut on March 14 with first Japanese single EP “If ~ I See You Again ~.” The band is also set to release a Japanese best-of album titled “The Best Day” in June and hold its first solo concerts in Japan on June 13 and 14 in Tokyo and Osaka.