It consists of officials at the Ministry of National Defense and the Joint Chiefs of Staff as well as civilian experts.

"It's a task force for making preparations for follow-up measures to implement the Panmunjom Declaration," a ministry official said. "(We) plan to take advice from an advisory panel of outside experts." 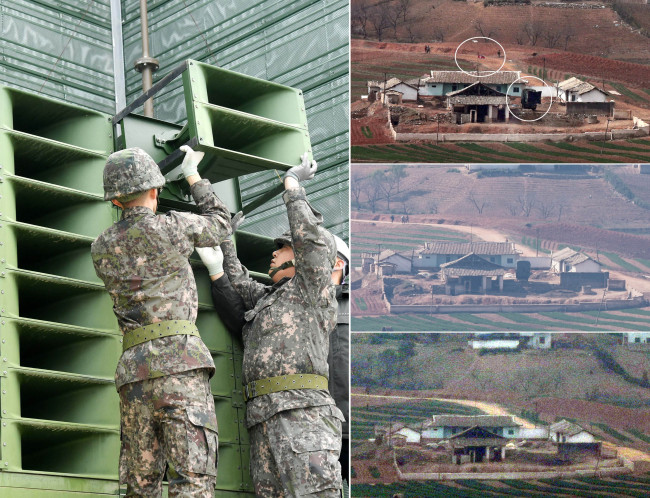 (Yonhap)
The declaration is named after the venue for the summit between President Moon Jae-in and the North's leader Kim Jong-un last Friday.

It calls for the cessation of "all hostile acts against each other in every domain" and steps towards the "complete denuclearization" of the peninsula and a peace regime to put an end to the decades-long armistice mechanism.

In the first concrete action, the two Koreas' militaries have been removing huge loudspeakers blaring cross-border propaganda messages from the Demilitarized Zone.

The South is expected to complete the removal work within this week, preparing to hold agreed-upon general-grade talks with the North by the end of May.(Yonhap)