Outbound shipments reached $50.06 billion last month, down from $50.84 billion a year ago, according to the data compiled by the Ministry of Trade, Industry and Energy.

The ministry said last month's outbound shipments decreased compared with a year earlier as local shipyards exported offshore facilities worth a huge $5.45 billion in April last year, and companies pushed out exports ahead of the scattered holidays in early May of last year. 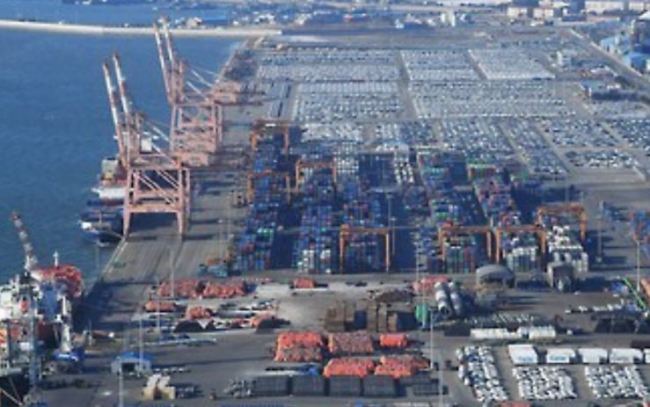 (Yonhap)
When ship exports were excluded from calculation, however, April's exports gained 10.4 percent on-year to $48.28 billion, the ministry said.

Shipments of chips surged 37 percent on-year to $9.78 billion last month on brisk sales of high-value memory chips and storage devices, with those for machinery products gaining 13.1 percent to $4.79 billion.

Overseas sales of petrochemical goods moved up 11.7 percent as well thanks to rebounding global demand, according to the ministry.

April also marks the second straight month that the country's exports topped the $50 billion mark, according to the ministry. In March, the comparable figure was $51.58 billion.

In the first four months of the year, the country's cumulative exports reached a record $195.5 billion, up 6.9 percent from a year earlier. (Yonhap)