According to the report published by the research center under the state-run Korea Housing Finance Corp. (KHFC), North Korea is estimated to be able to house around 60-80 percent of its population.

This figure is determined by dividing the total housing units by the number of ordinary households, indicating shortages or abundances of housing in a certain region or country. 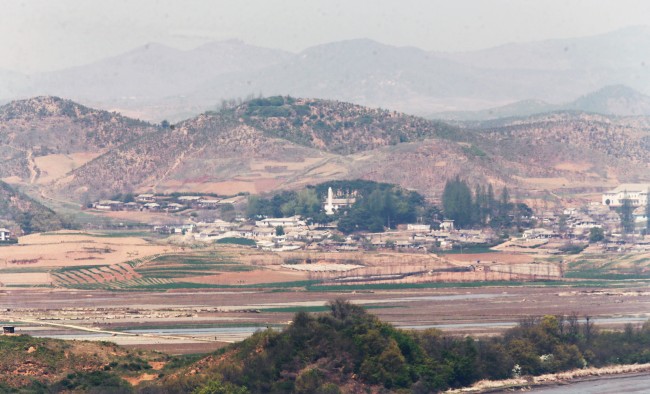 A view of North Korea`s Hwanghae Province. (Yonhap)
South Korea, on the other hand, posted 102.6 percent in 2016, according to the latest Statistics Korea data.

The KHFC report said in recent years, private housing transactions and rental markets have emerged in the reclusive country as the North Korean regime has failed to offer sufficient homes to its people.

It noted that such a housing shortage may spark a massive population movement to the South after the two Koreas are reunited sometime in the future.
It said the South Korean government has to work on expanding its housing supply for North Korean people as part of efforts to narrow the economic gap between the two countries in preparation for reunification.