As South Korean President Moon Jae-in and North Korean leader Kim Jong-un headed to the Peace House inside the truce village of Panmunjeom for their historic summit on Friday, the whole world watched three unexpected scenes play out.

The unscripted moments were: President Moon stepping over the Military Demarcation Line into North Korea, North Korean military officials saluting Moon and the two leaders and their delegations taking a group photo with the North’s Panmungak in the background.

Moon greeted Kim at 9:29 a.m. at the MDL, the line dividing the demilitarized zone. Kim and Moon shook hands at the line, smiled and chatted and posed for photos together from the southern side.

The unexpected scene played out when the two leaders then crossed the line together into the Northern side at the request of Kim. They faced each other, held hands and posed for photos for about 10 seconds on the North side of the MDL. 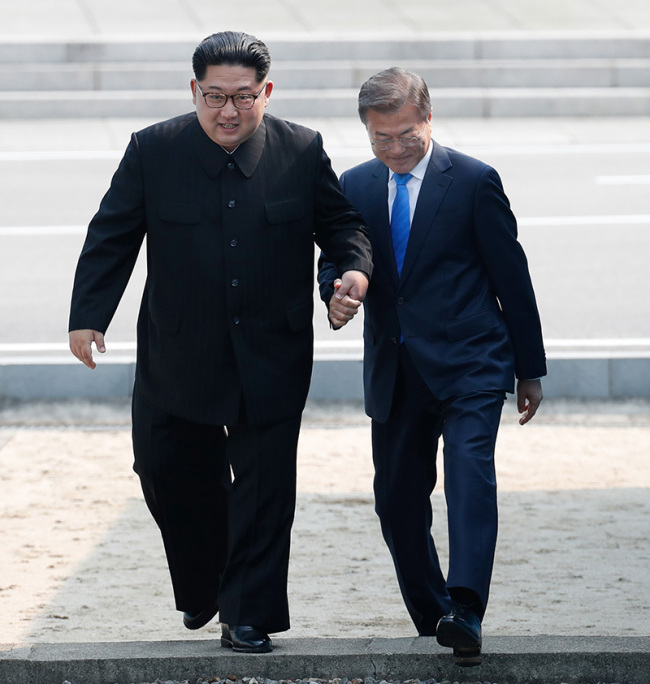 Another surprise came when Ri Myong-su, Chief of the Korean People’s Army General Staff, and Pak Yong-sik, North Korea’s Minister of the People’s Armed Forces, gave a military salute to Moon, the leader of South Korea with which North Korea is technically at war.

Jeong Kyeong-doo, chairman of the Joint Chiefs of Staff, did not give a military salute to the North Korean leader and only shook hands with him. 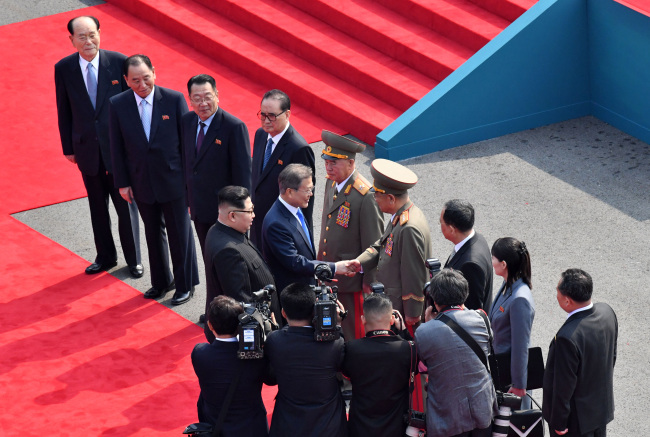 The group photo session also appears to have taken place unexpectedly. President Moon reportedly asked the North Korean delegation and South Korean delegation to take a photo together before they were escorted by an honor guard to the summit venue, the Peace House. 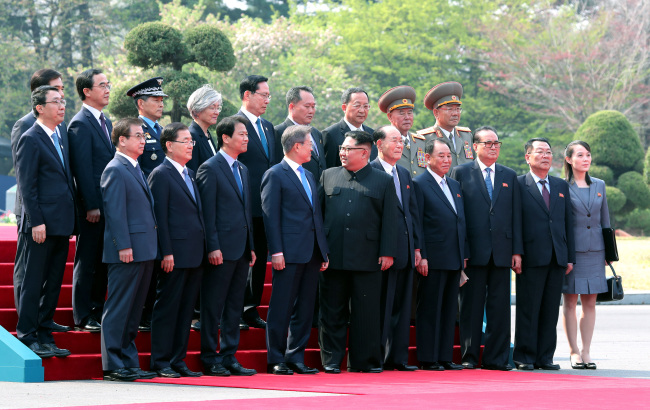 Having started at 10:30 a.m., the morning session of the inter-Korean summit ended at 11:55 a.m. Before they entered negotiations, the two leaders held a brief conversation about their expectations for the talks. The delegations from South Korea and North Korea will separately have lunch.