The simulation-based, command-post drill between the two allies is set to begin Monday and run for the next two weeks, the official said. The two countries started their four-week Foal Eagle field training at the beginning of this month.

But it's unclear whether the training will take place this Friday, when leaders of South Korea and North Korea are set to meet for a historical summit, the official said. 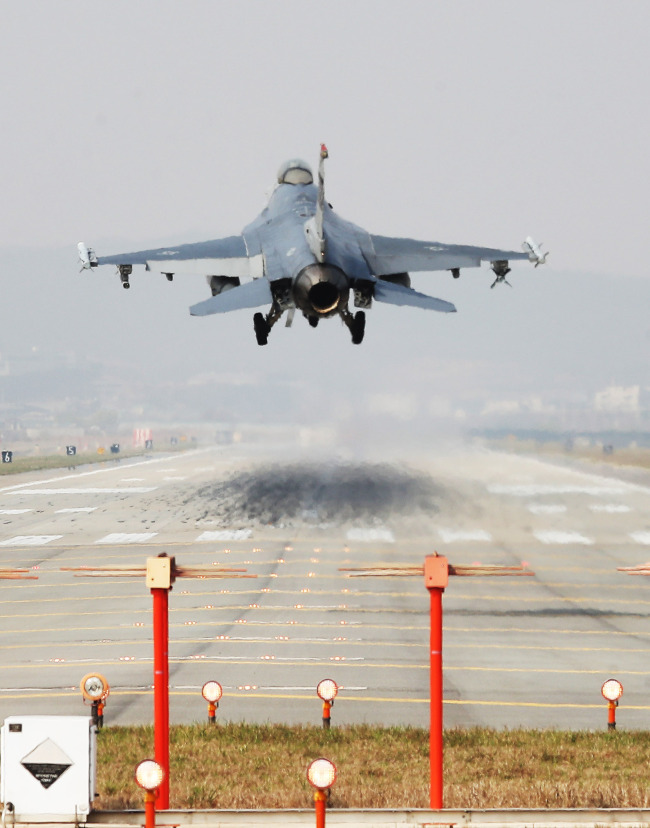 (Yonhap)
Seoul and Washington have maintained a low-key stance in carrying out their annual joint military drills since Pyongyang extended a series of reconciliatory gestures from early this year. The country participated in the PyeongChang Winter Olympic Games in the South in February.

Some observers raised concern over continuing the drills on the day of the inter-Korean summit, given the primary purpose of the military exercises, which is to train against a North Korean attack.

North Korea has long denounced such military exercises as a rehearsal for the staging of an invasion.

About 12,200 military troops have taken part in the annual drills in the past and the figure will be about the same for this year, according to the military.(Yonhap)