The Korean Institute for Gender Equality Promotion and Education said on Thursday that monitoring of the 33 most watched TV entertainment shows aired in the first seven days of March found 56 cases of gender bias.

This was eight times the number of cases in which content promoted gender equality over the same period, and nearly triple the 19 cases of gender bias found in July last year.

Much of the gender discriminatory contents reinforced gender stereotypes or lookism, and some even justified sexual harassment or sexual violence. 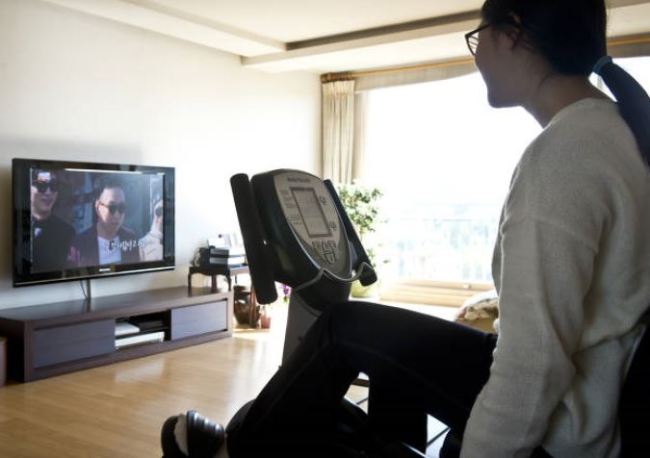 (Yonhap)
In a show aired by a terrestrial broadcaster, a woman in the audience was told to play the role of a maid and was called a “broom.” Accusing her of “flirting,” a cast member pretended to use violence on her. Male cast members hugged her and shook her body one after another.

In another segment of the same show, a female cast member drew laughter by continuing to make sexual advances toward a man despite his refusals. The KIGEPE noted that this justified and made a joke out of sexual harassment and sexual violence.

On a cable TV show, a male cast member revealed gender bias by saying, “The government must crack down on brunch meetings of three or more women because no real estate or education policy can succeed as long as they have brunch meetings. A day after a new policy is announced, women meet up for brunch, build strategies and take group action.”

Another cable TV show had a male cast member asking the audience to rearrange their seating by their physical attractiveness. He said: “Pretty people should sit in the front row, and those who are not attractive, please sit in the back.”

Men accounted for 64.6 percent of the cast in the entertainment programs monitored, including variety shows and reality shows. More than four out of five (83.8 percent) of show hosts were men.

“Despite growing efforts to eradicate gender discrimination and sexual violence, television entertainment programs have a long way to go in terms of gender equality,” a KIGEPE official said.

“A higher level of gender sensitivity is required for broadcasters and production staff in order to stop rationalizing or justifying gender discrimination or sexual violence.”

The KIGEPE plans to request the Korea Communications Standards Commission for censorship of some of the cases of gender bias found in its monitoring of the shows in March.