But a recent scandal has raised concerns that their popularity has been illegally manipulated. On Tuesday, prosecutors indicted three former members of the ruling Democratic Party for online opinion rigging on the country’s dominant internet portal and search engine, Naver. 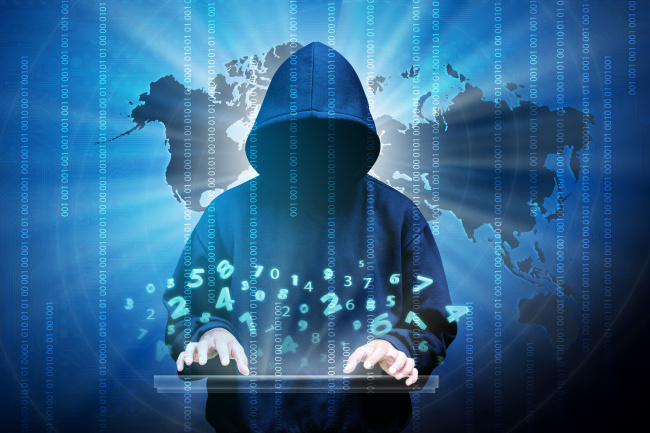 A power blogger, nicknamed "Druking," is suspected of rigging the popularity of online comments critical of the Moon administration. (123RF)
Like many Koreans, Kim reads the news through Naver on her smartphone. She clicks the stories that interest her among the ones selected by the portal on its main page. Once finished with a story, she checks the comments posted by readers -- she says it gives her a sense of how each issue is being perceived by the general public.

This, she says, is her daily routine during her commute to work.

“Reading the comments is just something that I do -- and I’m sure everyone does it as well,” she told The Korea Herald. “And I guess it’s fair to argue that I’m very often forced to read the most popular comments, they are the ones that are placed at the very top of the comment feeds. Even if you don’t want to read them, sometimes you can’t avoid them.”

South Korea is one of the most wired countries in the world, with more than 80 percent of the population owning a smartphone as of this year. In a 2013 survey by Gallup Korea, which surveyed 835 Koreans, 86 percent of respondents said they consumed the news through portal sites, rather than directly visiting the websites of media companies.

This provides an important context to the recent online comment-rigging scandal involving a power blogger and former members of the ruling Democratic Party. They are suspected of rigging support for online criticism of the Moon Jae-in administration, allegedly after the presidential office refused their requests.

Punishing people for posting critical online comments might sound like a violation of freedom of speech, but what the members of the party and the power blogger, nick-named “Druking,” have allegedly done, is more subtle -- on top of writing comments, they deliberately made people believe that certain comments were the most popular opinions.

According to the police, the blogger and ex-members of the ruling party, all currently in custody, allegedly used a computer program that artificially ramps up the number of clicks on “agree” -- the Naver equivalent of Facebook’s “like” -- for comments on news stories on the Korean portal Naver. The portal automatically puts the comments that get the most “agree” responses at the top of the comment section, thereby giving them the most exposure to online viewers.

The comments at the center of the allegations were heavily critical of the Moon administration.

Police have confirmed that non-politicians like the former members of the ruling party will not be punished for simply writing comments online. What would be illegal, the police said, is borrowing other people’s online IDs for the purpose of posting comments to sway opinions, as well as utilizing computer software that artificially ramps up the number of “agree” and “like” clicks on certain comments.

This is not the first time that the country has been swept up by an opinion rigging scandal. In 2013, prosecutors concluded that agents from the National Intelligence Service, South Korea’s spy agency, posted some 1.2 million Twitter messages in 2012 to try to sway public opinion in favor of Park Geun-hye, who was a presidential candidate at the time. She eventually won the election that year.

Experts say that the latest scandal takes a more complex form than the one in 2012, and arguably has more influence on the general public. While the spy agency kept posting Twitter messages with a certain political intention, the ex-members of the ruling party deliberately gave more exposure to the comments that they thought were important.

Lee Eun-joo, a professor at Seoul National University’s Department of Communication, says although a news story is relatively impartial, if the top comments are in favor of certain views, many readers would easily think that such comments reflect the main argument or tone of the story.

“Most people read the top -- or the ‘most read’ -- comments on the top of the feed, as they don’t have the time to go through them all,” the professor told a local newspaper. “And two is not a big number. But many will think they have an idea of what the most popular opinion is after reading two or three comments.”

Indeed, Kim Jin-won, a mother of two in Seongnam, Gyeonggi Province, said she was disturbed by the ongoing scandal, especially because she knows how influential the “top comments” on Naver can be.

“I guess I can’t say I’m not influenced by the so-called most popular comments, even if I don’t necessarily agree with them,” she said.

Some experts, including Kookmin University professor Son Young-jun, say powerful internet portals like Naver should disable their comments section. Last year, MSN, a US-based web portal, removed commenting on its websites, saying it was “finding better ways” for its users “to carry out discussions on the issues they care about.” It has been reported that the portal’s decision was prompted by “abusive and offensive posts.”

In spite of the ongoing scandal, Jeong Ki-hyun, a 32-year-old working professional in Incheon, said he could not imagine a world without Naver’s comment feeds. He believes the online comment feeds, such as the ones run by Naver, function as a media watchdog in South Korea.

“I think the ongoing manipulation case is disturbing. Those who were involved should be punished,” he told The Korea Herald. “But that doesn’t mean the comments section should be regulated or censored. Personally I don’t trust the local media. Many stories contain factual errors and biases. And it’s often the comments that inform you of the errors and provide the necessary context of the issues being covered. And I appreciate the comment feeds for that reason.”