According to an exclusive report from local broadcaster JTBC, Lee Jae-rock, 74, who runs the Manmin Central Church in Seoul’s Guro district, has been accused of sexually assaulting at least five women from the late 1990s to 2015. 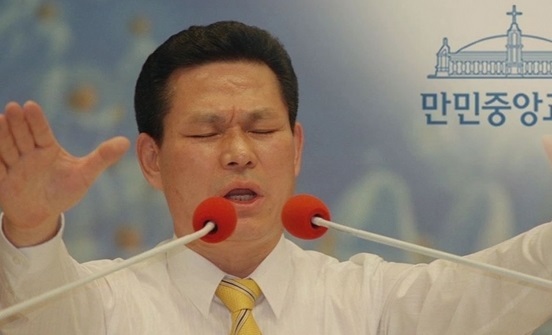 Pastor Lee Jae-rock (Screen-captured from YouTube footage)
All five alleged victims, who filed legal complaints against the pastor with police, say they were in their 20s at the time of the respective assaults.

The women said Lee forced them to have sex several times, claiming it was an “order from God.”

Lee’s church, regarded as a splinter cult by South Korea’s mainstream Christian organizations, has some 130,000 members.

The church denied the allegations made against its leader, saying Lee has long been “stressing the importance of sexual ethics” to congregation members, and that some of Lee’s ex-followers had circulated “false rumors” against him in the past out of jealousy.