Consumer prices in South Korea remain stable, but the government is ready to take actions to curb spikes in some items, such as agricultural goods and services, a deputy finance minister said Friday.

"Consumer prices in March gained 1.3 percent from a year earlier, slowing from the previous month's growth and logging a 1 percent gain for the sixth consecutive month," Ko Hung-kwon said in a meeting to assess price trends here.

"But some food prices surged, and the government will control the supply to help maintain stability."

The March figure is well below the Bank of Korea's target of 2 percent for the year, stoking speculation that the central bank's monetary tightening will be gradual down the road. 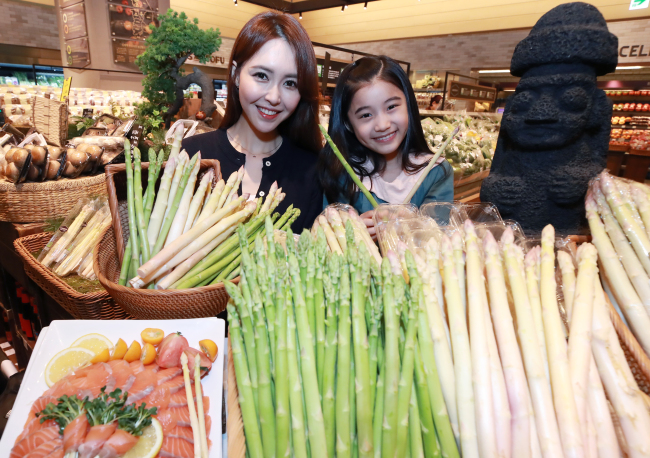 Meanwhile, over 1.5 million people applied for a state subsidy aimed at helping smaller shop owners reduce the costs stemming from a hike in minimum wages. The government estimated that 2.36 million are expected to receive the benefit.

The government raised the minimum wage by 16.4 percent to 7,530 won (US$7.02) on Jan. 1 this year, the biggest jump in about two decades and has earmarked 3 trillion won to reduce the burden on smaller firms that hire part-time workers. (Yonhap)