In a letter to the South Korean president, The Elders said it wished to express its firm support for the direction set by Moon, Cheong Wa Dae spokesman Kim Eui-kyeom said in a press release.

"The Elders wish to express their firm support for the course you have embarked upon," said the letter, dated March 28.

"The possibility that diplomacy will succeed in making the Korean Peninsula a safer place, eventually leading to its complete denuclearisation, is a precious opportunity that cannot be allowed to pass by without the determined efforts of all those who can help," it added. 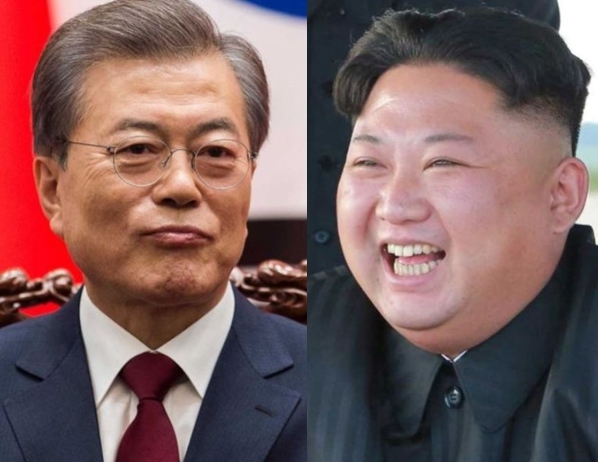 "We are keenly aware of the many hurdles ahead but remain convinced that there is no serious alternative to negotiation with North Korea over its dangerous nuclear and intercontinental ballistic missile programmes," it said.

North Korea staged 10 missile launches in the less than seven months since Moon took office on May 10, 2017. Its provocations also include its sixth and most powerful nuclear test so far, staged last September.

The Elders is a non-profit organization founded by the late former president of South Africa, Nelson Mandela. It is currently led by former UN Secretary-General Kofi Annan, while its shortlist of members also includes the former South Korean chief of the world body, Ban Ki-moon.

The summit, if held, will be the first inter-Korean summit since 2007 and the third of its kind in history.

Following the inter-Korean summit, the North Korean leader is set to meet US President Donald Trump for what will be the first-ever US-North Korea summit.

The proposed summits follow a flurry of inter-Korean dialogue and exchange during the PyeongChang Winter Olympic Games and Paralympic Games held in South Korea that were also attended by the communist North.