Lee's plans to go abroad come as state prosecutors are looking into allegations that Samsung Group actively stamped out any moves to create labor unions among its affiliates, This has fueled negative public sentiment toward Samsung as a whole and made it harder for the vice chairman to carry out his duties in Korea.

Lee was released from a nearly yearlong incarceration in February after an appellate court handed him a suspended sentence dismissing most of the key charges against him in a bribery and corruption scandal that led to the ouster of former President Park Geun-hye in 2017. 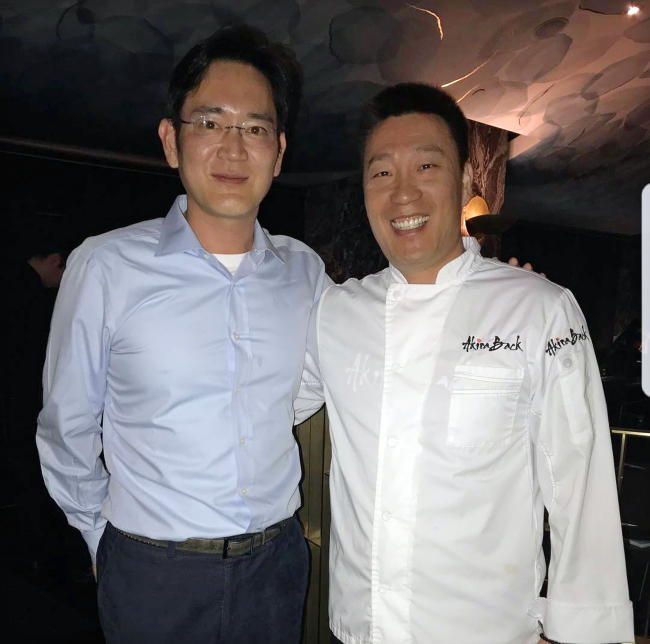 (Yonhap)
After remaining out of the public spotlight for about a month, Lee headed to Europe last month in line with his preparations to resume managerial control of the company.

While Samsung did not reveal Lee's whereabouts, a photo of Lee with Korean residents at a Toronto-based restaurant went viral on social media.

"Lee is currently in Canada after visiting Europe. He is set to return home early this month, but all plans are flexible," an industry source said.

Observers familiar with Samsung are expected to make more trips to the United States and Europe as he has been expressing a deep interest in biotechnology business areas.

"Lee spends a third of every year abroad, with more than 80 percent of his duties being related to overseas business," a Samsung executive said.(Yonhap)