The National Assembly on Friday passed a revised act on taekwondo promotion, which states that the sport is the Korean national martial art.

The amendment bill was signed by 225 lawmakers led by the Bareunmirae Party's Lee Dong-sup, who heads the National Assembly Taekwondo Federation. 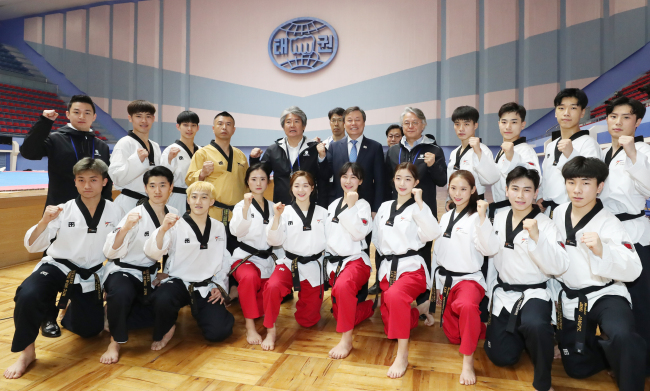 (Yonhap)
Taekwondo has customarily been perceived as the national martial art but wasn't officially recognized by the law. The revision will pave the way for greater state support for the sport, officials said.