The announcement came a day after Chung’s accuser held a press conference Tuesday and repeated her claim that the 57-year-old forcibly kissed her at a local hotel’s cafe in Yeouido, Seoul, on Dec. 23, 2011, when she was a university student. 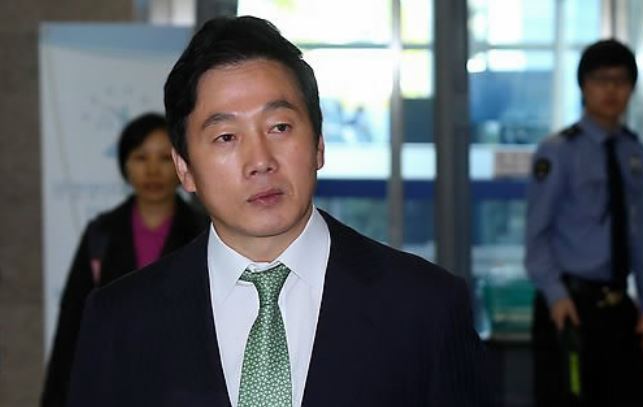 Former lawmaker Chung Bong-ju. Yonhap
“I will withdraw my bid for Seoul mayor and will stop all my public activities to have time for self-reflection,” Chung wrote in a Twitter post, but neither confirmed nor denied the accusation.

At Tuesday’s press conference, the woman showed reporters a copy of her check-in history at the hotel on mobile application Foursquare on the day of the alleged incident.

When she first made her allegation in a report by local news outlet Pressian earlier this month, Chung claimed his innocence and said he never went to the hotel nor met her on the day in question.

In response to the reports, Chung filed a lawsuit against six local reporters for false accusation, but withdrew the legal action following the press conference, the Seoul Metropolitan Police Agency said Wednesday.

Chung said in a press release the same day that he was withdrawing his legal action as he had discovered records of his credit card use at the hotel on the day of the incident.

Chung, however, maintained that he had “no recollection of the incident.”

Chung, who served as a lawmaker from 2004 to 2008, was sent to prison for a year in 2011 for election law violations. With the conviction, he was stripped of his right to run for public office until 2022, but regained it after the new liberal administration gave him a special pardon last year.