But her brief mention of the book, considered an iconic piece of contemporary feminist literature in Korea, triggered a storm of controversy among some fans online. Some went as far to burn and destroy photos of the K-pop star.

Suddenly, being associated with feminism had become sufficient reason for them to not follow the singer. 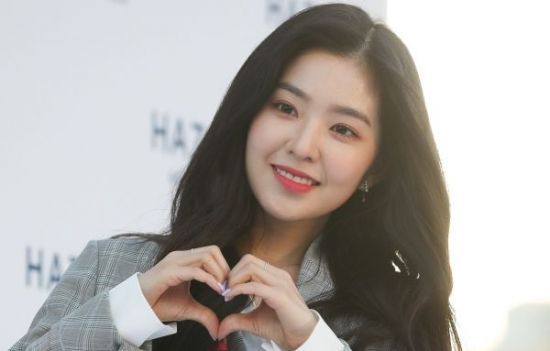 K-pop star Irene recently became the subject of cyberattacks for reading a feminist novel. (Yonhap)
“She should know that most of her fans are male,” said a male social media user online. “She has virtually come out as a feminist, and I’m no longer her fan.”

Regardless of whether Irene identifies as a feminist, the debate -- or, as some call it, the cyberbullying of a young entertainer -- centers on the feminist novel, which came out in 2016 and became the best-selling novel of last year.

The book is still at the center of the nation’s ever-heated debate on gender politics -- especially as the #MeToo movement began to gather momentum here in late January.

What is the novel about? 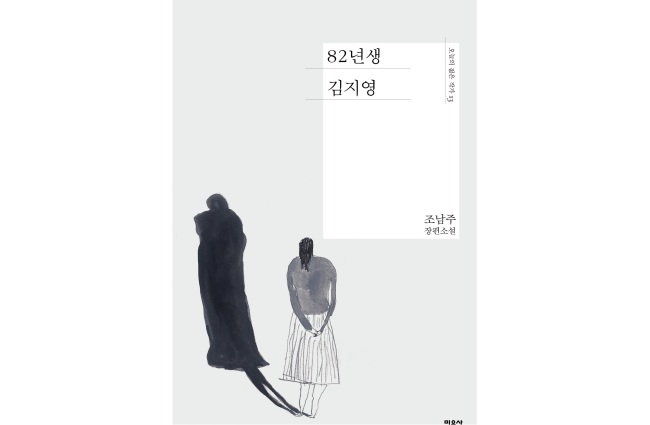 Author Cho Nam-ju‘s feminist novel “Kim Ji-young Born in 1982” (Minumsa)
Written by Cho Nam-ju, the book follows the life of Kim Ji-young, a Korean woman in her 30s who loses her sanity after becoming a mother.

Like her common name, the protagonist’s life is far from extraordinary. And like most Korean women born in the ‘80s, she attends university, gets a job, gets married and becomes a stay-at-home mother.

The book captures the everyday sexism Ji-young encounters from a very young age. As a child she is bullied by a male classmate, but when she complains, her teacher simply tells her, “Guys tend to bug girls they like.”

During a job interview, she is asked what she would do if she were sexually harassed at the workplace. Anxious that she might not get the position, she answers, “I would try to ‘naturally’ leave the situation by going to the bathroom.”

When Ji-young becomes pregnant, she is virtually forced to quit her job as she and her husband cannot afford child care. Hardly anyone ever offers a pregnant Ji-young a seat on public transportation.

After becoming a parent, she hears a stranger calling her a “mom-chung,” or “mom-worm,” a derogatory term to describe stay-at-home mothers who purportedly exploit their husbands’ hard-earned money. She was simply drinking coffee out in public, while her baby was asleep in a stroller.

From that day on, Ji-young develops a mental condition and eventually receives medical treatment.

“It feels like Kim Ji-young is alive somewhere in this real world,” writes Cho Nam-ju, the author, in a letter to readers included in the book.

“It’s because she’s very much like my girlfriends, junior and senior female colleagues at work, and even myself. I felt sorry for her throughout the writing process. But I’m also aware that she had to live the way she did, and did not have many options to begin with. I believe Kim Ji-youngs in this world deserve more opportunities and support.”

On top of securing many female fans, the book has been popular within the nation’s political circle, especially among male politicians. Last year, Roh Hoe-chan, floor leader of the left-wing Justice Party, publicly presented the book as a gift to President Moon Jae-in, asking him to pay attention to women in their 30s whose collective experiences are like those of the novel’s protagonist.

Rep. Keum Tae-sub, a lawmaker from the ruling Democratic Party of Korea, also gave the book as a gift to the 298 other members of the National Assembly last year.

“I hope a decade from now, we would have created a world where Kim Ji-youngs born in 1992 don’t have to be in despair,” Keum wrote in a letter to his colleagues included with the book.

Male entertainers such as comedian Yoo Jae-suk have also read and endorsed the book.

But they have not faced the kind of criticism female entertainers have for reading the book or directly or indirectly endorsing feminism.

Some powerful male politicians were even praised for doing so, including An Hee-jung, the disgraced former South Chungcheong Province governor who is currently being investigated for sex offenses.

“They have strategically chosen whom they consider to be vulnerable to release their anger.”

On top of online abuse leveled at Irene, a group of Korean men has recently sought online crowdfunding for a book project titled “Kim Ji-hun Born in 1990.”

The book, a parody of Cho’s novel, features a male protagonist born in 1990 and claims to show the “reverse discrimination” that “men in Korea face on a daily basis.” 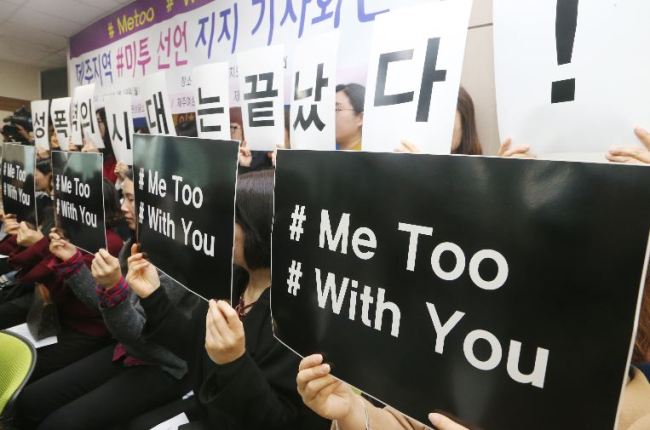 The book, a parody of Cho’s novel, features a male protagonist born in 1990 and claims to show the “reverse discrimination” that “men in Korea face on a daily basis.”

The men, largely in their 20s, claim young men in Korea are regularly subjected to reverse sexism. They point out the military duty that is compulsory for all able-bodied men but from which women are exempt. Another point they raise is the expectation the groom and his family will pay for housing when a couple gets married, although this is becoming increasingly rare in practice.

“It seems like the book has become some sort of a symbol of Korean feminism in this #MeToo era,” said Jeong In-yeong, a mother in her 30s.

“Personally I don’t think the novel contains any so-called ‘radical’ feminist thoughts. It basically chronicles all the subtle forms of sexism Korean women are exposed to in their everyday lives. But the fact that it is being attacked to the point where a mocking version is being proposed, I think, shows why Korean feminism needs to exist.” 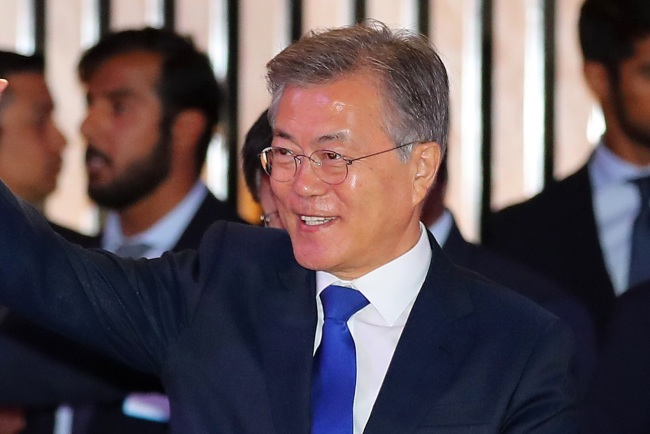 South Korean President Moon Jae-in is one of the country`s heavyweight male figures who have publicly endorsed feminism. (Yonhap)
Prior to controversy involving Irene, Apink’s Son Na-eun faced online criticism for posting a picture of her cellphone case emblazoned with “Girls can do anything.”

Son ended up deleting the post, while her agency offered a brief explanation that the case was “simply a product of the French fashion label Zadig & Voltaire.”

“The entertainers don’t need to explain themselves, and no one should be criticized for being a feminist,” said Kim Ha-jin, a professional in her 20s.

“No one should apologize for reading a book by a feminist author or using products that contain a feminist message. Whether Irene and Son Na-eun are feminists or not is not the point here. The point is that they are being attacked, which they do not deserve, and this is again why the ongoing #MeToo movement as well as feminism is necessary.”

Ahn Sang-soo, a researcher at Korea Women’s Development Institute, says the cyberattacks against the K-pop stars show Korean men’s anxiety over the ongoing #MeToo movement and the broader rise of feminism.

“I think a lot of young, female entertainers are being consumed by men in this country as ‘ideal’ female figures -- physically attractive, pleasant and docile,” Ahn told The Korea Herald.

“As the #MeToo movement is empowering more women to voice their own thoughts and opinions, including young entertainers whom these men must have thought to be the opposite of so-called ‘feminists,’ I think they feel threatened and anxious. They want certain women to stay where they are, but that is likely to change very soon.” 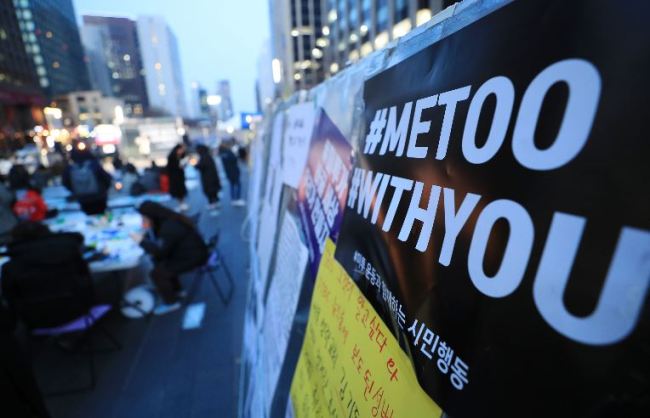 Meanwhile, some point out that Korean men in their 20s may not have experienced the male privilege that the nation’s older men have enjoyed.

“Most men born in the ‘90s nowadays spend their 20s trying to get their degrees, finish their military duties which takes about two years and somehow secure a job -- they have yet to experience sexism (and male privilege) at the workplace,” Lee Sue-jung, a professor of criminological psychology at Kyonggi University, told The Korea Herald.

“Some of them may genuinely feel that their female colleagues have an advantage in the job market, as they don’t have to serve in the military. We have to take all of these things into account -- that men’s experiences in this country are different according to each generation. These young men may be realizing that patriarchy -- including the notion that links militarism only with masculinity -- is a burden for men as well, although they seem to be releasing their frustration at the wrong target.”

Regardless of ongoing controversies, the novel has helped bring women’s concerns to the forefront of public debate.

“I don’t agree with everything that the novel is trying to say. I think the protagonist of the novel had more options than she thought she did. For example, I would not have chosen to have a child if I did not feel completely ready, regardless of the familial pressure,” said Kim Ji-yeon, a working woman in Seoul.

“But I appreciate the novel because it has triggered the kind of public debate that would not have taken place without it. In spite of the backlash, I think it’s still better (for women’s experiences) to be talked about rather than kept in silence.”