On Friday, presidential secretary for legal affairs Kim Hyung-yeon explained that the Korea Communications Commission could order the deletion or a halt to the distribution of illegal content, in response to an online petition calling for the abolishment of the website.

“When more than 70 percent of the uploaded content is illegal information, the commission either shuts down or blocks access to the site,” Kim said, citing a judicial precedent in which the top court ruled it constitutional to shut down sites judged as illegal in a KCC review. 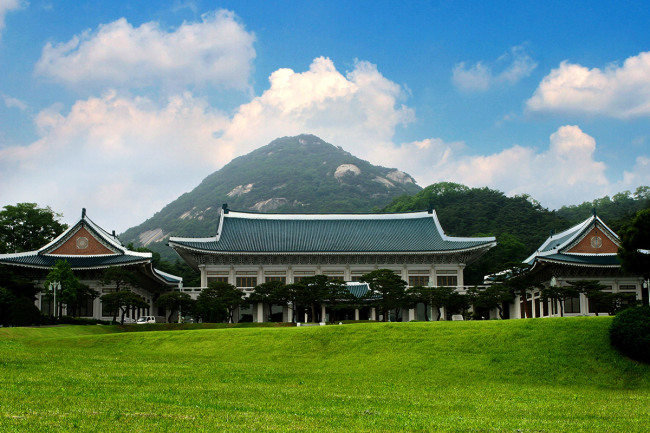 (Blue House)
The presidential official also said it expected the communications watchdog would raid the offices of online communities that have frequently been reported for discriminatory and offensive content for an overall evaluation, and to investigate whether to limit access to the sites by designating them as media harmful to minors.

While Ilbe is notorious for its outspoken hatred against liberals and minorities, limiting access to the site is still controversial among the public, many of whom worry about limits on freedom of speech.

According to Kim, Ilbe has consistently ranked top in terms of posts removed by the state agency since 2013, with the exception of 2016.

The government’s response was to an online petition that garnered 235,167 signatures within a month since it was posted on Jan. 25.

The petitioner has demanded measures be taken against the conservative extremist site, as there are too many “unlawful, falsified and discomforting contents related to social and political issues.”

“The language used there are foul and discriminative, and there are so many contents showing composite photographs defaming and sexually harassing others,” the petition read. “And anyone, regardless of their age, can access the site.”

The online petition was posted a day after an Ilbe user put up a mock advertisement of the late President Roh Moo-hyun on a billboard in Times Square in New York. The user said he was inspired after he saw the birthday ads for President Moo Jae-in there.

The billboard outraged many supporters of the late liberal leader and a foundation of Roh supporters also said it is currently reviewing taking legal action against the person who put up the billboard.

Ilbe users have often been involved in legal suits or criticized for causing offense.

Posting pictures of immigrants and calling them names, and offensive remarks toward women are routine. Some users have taken their provocative activities offline, for example by holding a “binge-eating strike” near the families of Sewol ferry victims, who were on hunger strike in protest over the government’s response.

While society’s perception of Ilbe is generally negative, some object to the idea of the government blocking citizens’ freedom of expression in this way.

The presidential official explained that they also respect and promote freedom of expression more than any other past administration.

“But as the Constitution states, people should not infringe on others’ rights or defame them just as they are guaranteed the right to publish and express,” Kim said, adding that the government is only pursuing a zero tolerance policy on illegal information.