In Korea, there is even a word for a person who looks very different in selfies in a good way: “selgikkun.” For instance, Yura of Girls’ Day, who takes excellent photos of herself.

“Taking a good selfie takes enormous effort,” Yura said multiple times while starring in the MBC show “We Got Married.” She explained how she takes more than a hundred snaps for one perfect photo. 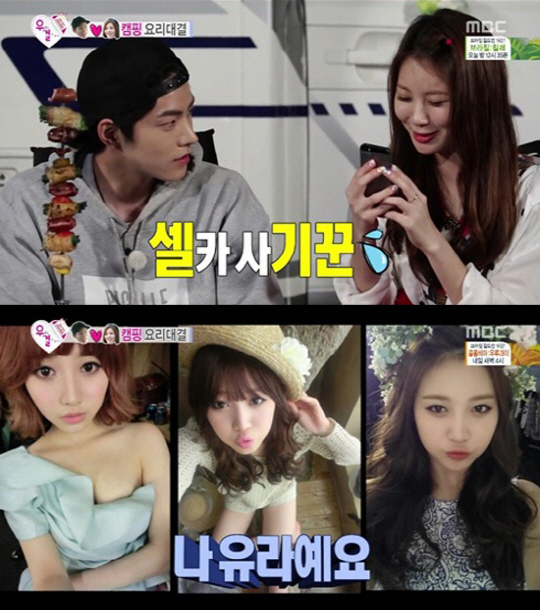 Yura of Girl's Day (A screen grab of MBC)
Not everyone can be like Yura, putting in hours of effort into just a single shot, but there are some tips, equipment and mobile apps to help people feel satisfied with the modern form of self-portraits.

One thing to keep in mind is that the smartphone screen is not evenly divided. It comprises miniscule pixels. The pixels at the four edges of the screen are larger than those in the middle.

Though human eyes cannot detect the difference in pixel sizes easily, it is more obvious in a selfie. For a facial shot, a person should try to place his or her face in the middle, leaving as much free space as possible on the sides of the screen. Otherwise, facial features will appear enlarged, resulting in a rather unflattering selfie.

The angle is another important element. As a rule, a 45-degree angle is desirable. To look natural and appealing, selfie-takers should turn their faces a little away from the camera.

Another tricky aspect of selfies is what kind of facial expression to make. People are free to smile or frown as they wish, but for those who want a “plandid” look, or a planned yet candid look, gazing downward with a small smile is recommended.

Selfie-takers, however, should not be discouraged if they lack skills. Various equipment offer help, making it possible for anyone to take the perfect selfie, or what is known as “a lifetime shot” in Korea.

In the past couples of years, tourist sites have become crowded with selfie sticks. Some even call for selfie-sticks to be be banned, arguing that they get in the way of passersby. 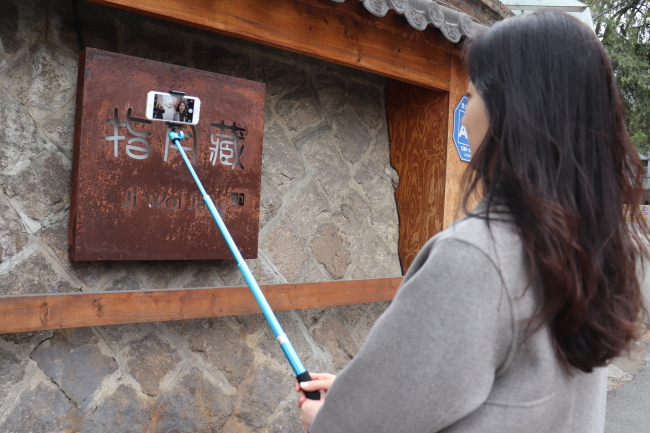 A selfie stick (Photo by Park Ju-young / The Korea Herald)
Nevertheless, the selfie-stick, which allows photos to be taken with a wider perspective, still remains a must-have item when traveling. It is also useful when taking group selfies.

Remote controls have also become a necessity. Without a remote control, a selfie-taker has to use the timer function on a smartphone, which can be a hassle. Many use remote controls with Bluetooth functions these days, connecting them with smartphones with a few simple touches. 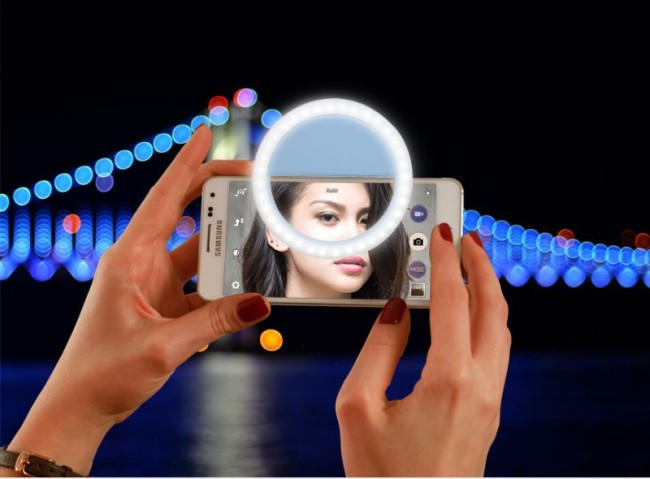 A selfie light ring (Play Fun)
If skills and equipment are not enough, mobile applications for photo editing are recommended. A series of filter effects apps named Analog Film City is popular. The effects, specified by the names of cities, such as Paris, New York, Budapest and Seoul, give the photos an artsy twist.

The app Pitu is another hit, enabling a user to modify the lines of a face and facial structure, such as by enlarging eyes and reshaping noses.

If still unsatisfied with the outcome, one could try the special effects app Snow, which turns people into dogs, cats and even bears. Such heavy special effects work on anyone and any photo.