Since the establishment of an exclusive research and development center for blockchain in 2015, Seo Young-il, vice president and head of the blockchain center at KT’s Institute of Convergence Technology, has been working on the utilization of blockchain technologies in telecommunications based on the firm belief that they will address security and data sovereignty problems in today’s internet network.

“Blockchain will put an end to the current internet era and open a new one providing ‘super’ security and greater value for data,” Seo said in an interview with The Korea Herald on Thursday.

Seo is currently leading development of core technologies of blockchain that will be key to building a new type of internet network, dubbed the “future internet.”

“Blockchain will help overcome fundamental limits of the current internet network by creating a new trusted network,” he said. 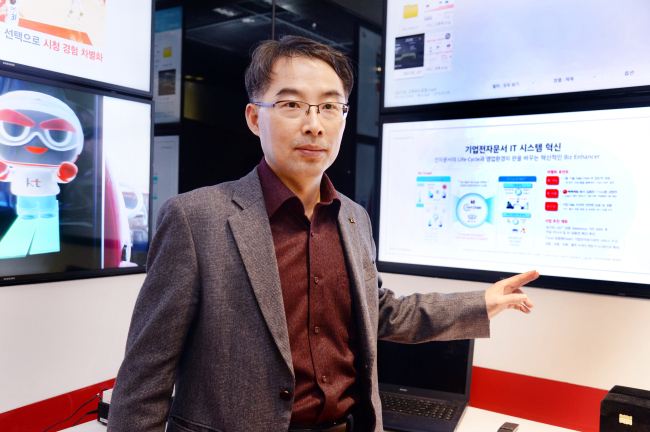 “Today’s internet is no more than a dump pipe unilaterally used by over-the-top content providers,” Seo said. “By using blockchain technologies, data will be secured from hackers as transmitted through the unforgeable blockchain network and users will be transmitting their own data with one another based on trust with no need to rely on third-party OTT businesses.”

These days, OTT or internet-based platform businesses, such as portal operators like Google, own data that are actually being created and consumed by internet users and encrypt them with unknown codes, preventing the data from being used by the real owners and being able to create any new value from potential utilization.

“Network operators had been merely focused on speeding up network packets, failing to create extra value from such high-speed networks,” he said. 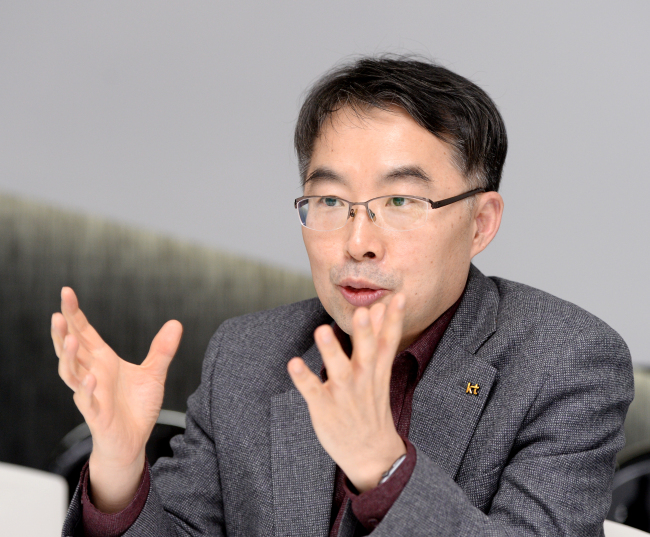 Those who share data in such a secure blockchain network will get some kind of rewards -- a recreation of data value, he described.

“Some misunderstand that blockchain technologies will make OTT businesses disappear, but that’s not true,” Seo said. “The technologies will help them find new value and profits, as they serve as ‘digitalized middlemen.’”

With this insight, KT’s major goal is to develop blockchain core technologies that will rebuild the country’s network infrastructure in the next few years.

A glimpse of KT’s blockchain-led network era has been provided by latest services and technologies commercialized in the market.

KT has launched Data Chain for electronic document management systems in partnership with BC Card. It has also applied K-Coin, a blockchain-based virtual currency platform, to mobile coupon service Giftishow.

Furthermore, the mobile operator is planning to expand the use of the technologies to finance, internet of things, smart energy and health care businesses.

“Blockchain will be central technologies for digitalization in the ‘fourth industrial revolution,’” Seo said. “To improve artificial intelligence, data transmission is the most important factor. Blockchain technologies will form fundamental infrastructure for AI, like an expressway for transmission of massive data at fast speeds.”

With global network operators including Japan’s Softbank and US-based Sprint, KT is also preparing to launch a high-quality data roaming service that will be improved with blockchain technologies in terms of speed by June.

After joining KT in 1996, Seo spearheaded establishing the backbone network for Internet Protocol TV, known as Multicast, in the early 2000s, and started to focus on blockchain technologies in 2014.