“I couldn’t imagine myself as a father, so I didn’t think I would be able to do it. If I started shooting, feeling like that, I would hinder the production,” he said in a group interview on Friday. “But I just couldn’t pass it up. I wanted to work in a film that makes me feel good.”

In the movie, he plays the role of a young father lamenting the death of his wife, only to have her return to him and his son. But the film glosses over the supernatural aspect and focuses on the human interaction within the family. 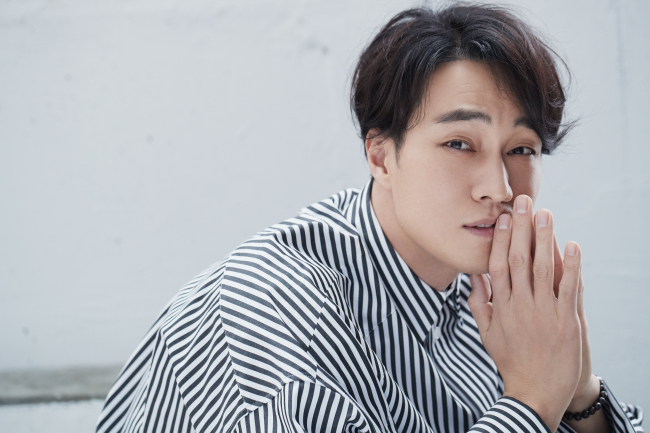 “I loved the warm and heartfelt feeling (of the film). The original (Japanese) version is loved by a lot of people, but I loved the part where the director made changes.”

Despite his initial reluctance, he said he came to sympathize with the character who has a lot in common with him, such as being a competitive swimmer, as So was in his youth.

“I’m a lot like Woo-jin. I have trouble approaching someone I want to date, and I end up losing her,” So said.

He added that he was impressed the most about his co-star Son Ye-jin’s professionalism.

“Most actors just finish acting when the director approves, but Son keeps continuing until she is satisfied,” he said.

Son said he wants to play a role that is fun to look at, and has a lot of characteristics. He indicated that he wants to keep evolving, both as a person and as an actor.

“I don’t know if I’m necessary a good actor, but I do want to be a good person. When I find out how to become a good actor, I think that’s the day when I quit acting,” he said.

So begin his acting career in 1996 on TV, and has risen to stardom through works like TV drama “I’m Sorry, I Love You,” and movie “Rough Cut.”