The two singers will sing “Here as One,” the anthem for the event, during the opening ceremony that will take place at 8 p.m. on Friday at the PyeongChang Olympic Stadium. The song was composed by Italian musician Federico Paciotti. 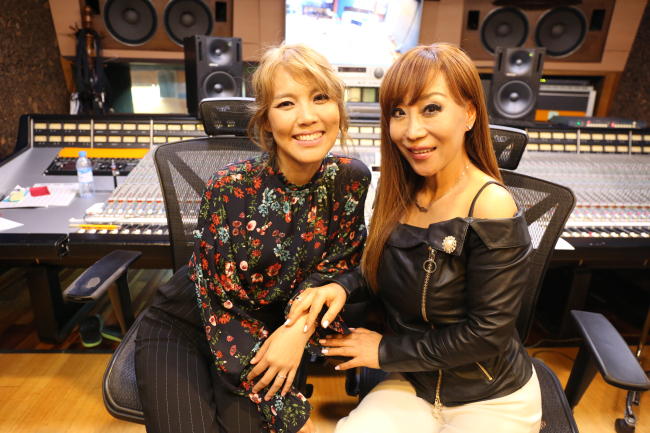 Sohyang, left, and Sumi Jo (SMI Entertainment)
“’Here as One’ literally means ‘together here at PyeongChang.’ I wish the song could unite everyone from children to adults and become an enjoyable piece to sing along,” said Jo.

“As is written in the lyrics, I wish everyone, holding each other’s hands, could dream about victory, right here today.”

Sohyang expressed her excitement over the upcoming collaboration with Jo, calling it an honor.

According to Sohyang’s agency, Jo and Sohyang met in 2015 when Jo invited the Christian singer to feature in “In the Flower Garden,” a song from Jo’s first pop song album. Jo chose Sohyang once again as her partner in performing “Here as One.”

The internationally celebrated Grammy-award winning coloratura soprano Jo was appointed as PyeongChang Olympics‘ honorary ambassador last year. Sohyang is often dubbed “Korean Mariah Carey” for her masterful vocal prowess that spans a total of three octaves and three notes. Originally debuted as a gospel singer in 1996, Sohyang is gearing up to release new singles between the end of March and April, for which she has worked with renowned Swedish composer Simon Petren.