“Samsung will try to provide new value for Chinese consumers and economy, while continuing to invest in technological innovation,” said Koh in his keynote speech during a launching ceremony in China on Tuesday.

Samsung held a launching ceremony for Galaxy S9 and S9 Plus smartphones in Guangzhou on Tuesday, exclusively for Chinese partners and the media, to promote the newest Android phones.

Koh highlighted that Samsung is partnering with Baidu, Alibaba, WeChat, Mobike and Jingdong for the development of artificial intelligence and internet of things-based mobile services tailored to Chinese consumers. 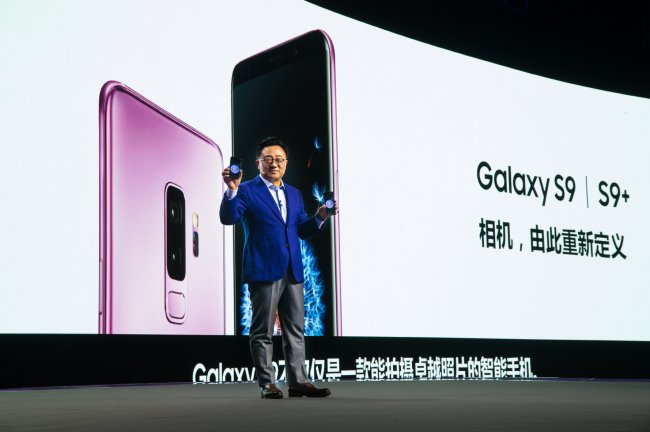 “China is a very difficult market and we are always being careful,” Koh said in an earlier press conference held in Barcelona last month. “I will give more authority and time to the new leaders of our China branch to recover the business.”

Samsung was squeezed out of the top five in the Chinese smartphone market last year with a less than 2 percent market share.

Chinese handset makers Huawei, Oppo, Vivo and Xiaomi are the top four players in that order with a combined share of 66.3 percent, followed by Apple in fifth place, according to market researcher IDC.

The Galaxy S9 and S9 Plus smartphones will be released in the Chinese market from March 16 in three colors -- midnight black, coral blue and lilac purple.