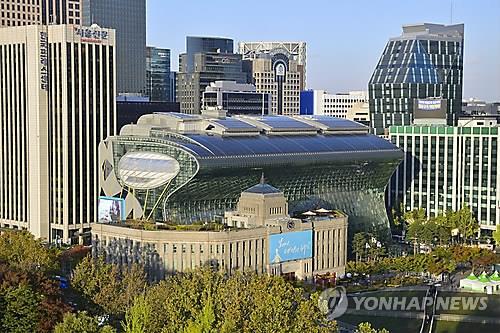 Seoul City Hall. Yonhap
According to a press release by Seoul Metropolitan Government, the subsidies are given to Seoul-based foreign-invested companies, which must be in the city’s eight strategic sectors, including IT convergence and digital content, and should have hired more than 10 new employees in 2017 than the previous year.

For each employee exceeding 10 newly hired ones, up to 1 million won per month for up to six months will be provided as part of the city’s support to help them create new jobs and train newly hired workers. The maximum subsidy for each company is 200 million won.

The city government will receive applications for the subsidies until May 4 at the investment department, which can be contacted via (02)-2133-5356.