[ The Korea Herald – Send E-mail ]
Lawmaker’s secretary fired amid sexual assault allegation
By Bak Se-hwan
Published : Mar 6, 2018 - 15:55
Updated : Mar 6, 2018 - 16:09
A senior secretary at the National Assembly who allegedly sexually assaulted a female secretary was removed from office Tuesday as the #MeToo movement began to spread to the political circle. 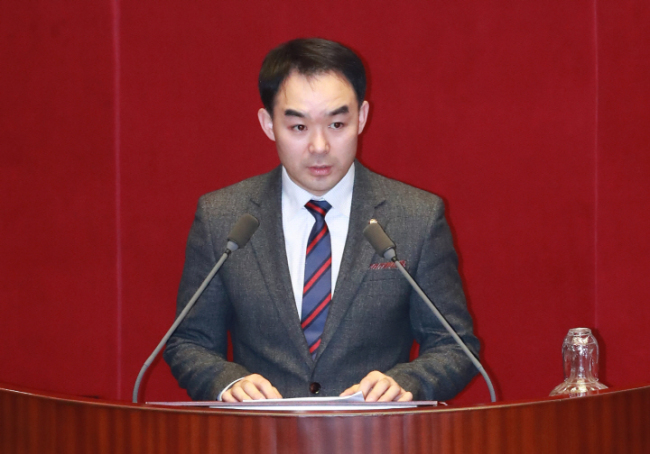 The removal of the alleged offender, whose name has not been revealed, came a day after the female secretary who worked for him said that she had been sexually assaulted for three years starting from 2012 on the National Assembly’s website.

In her post, Jung In-mi said that the senior secretary “demanded kisses or to pat his buttocks,” during the period when they worked in the same office.

Jung added that he continuously touched her buttocks and forcefully stroked her arms until Jung left the office in 2015.

The contract worker added she was too afraid of retaliation to report the sexual assault.

The #MeToo movement here is making its way to the political circle where such claims had been rare. Jung’s claim adds to yet another sexual assault allegation in Korea’s political scene.

Following allegations of rape by his secretary on Monday night, An Hee-jung offered to step down as the governor of South Chungcheong Province.