South Korean right-hander Oh Seung-hwan has joined the Toronto Blue Jays' spring training, rejecting reports that his pitching elbow could be an issue.

The 35-year-old signed a one-year deal worth $1.75 million with the Blue Jays on Monday (local time) and arrived at the team's spring training site in Dunedin, Florida, the following day.

He nearly had a deal with the Texas Rangers earlier this month but reportedly failed a physical due to some elbow issues. The Jays swooped in and acquired the former St. Louis Cardinals closer, hoping he could bridge the gap to All-Star closer Roberto Osuna. 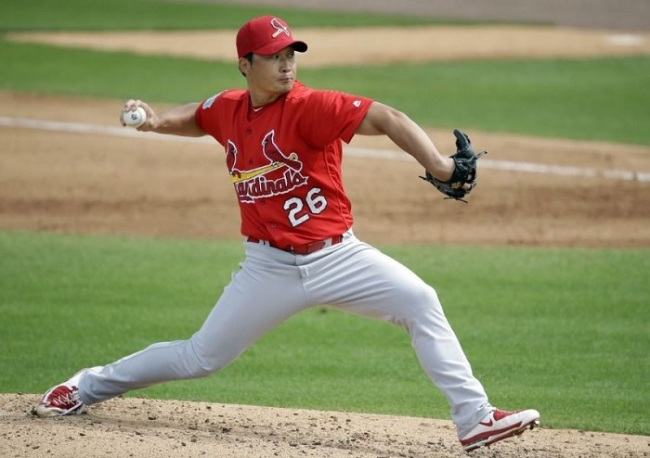 Oh Seung-hwan (AP)
When asked about his elbow, Oh told MLB.com, "No problem at all.

"I've been throwing several bullpen sessions before I got here. I'm supposed to have another bullpen tomorrow," Oh was quoted as saying. "Working out everything with (pitching coach Pete Walker) at this point and then going from there."

Oh is the career saves leader in the Korea Baseball Organization (KBO) with 277 across nine seasons with the Samsung Lions. He recorded 80 more saves for the Hanshin Tigers in Japan in 2014 and 2015, before jumping over to the Cardinals for 2016-2017. (Yonhap)