The city government spent 14.5 billion won ($13.4 million) to offer free public transportation during morning and evening rush hours on Jan. 15, 17 and 18 as part of emergency measures to combat high levels of fine dust.

This means it cost the city 4.8 billion won to prevent 800 kilograms of fine dust, or 6 million won per kilogram.

Between 0.6 and 1.1 tons, or 1.7-3.3 percent of the city’s average daily fine dust emissions of 34 tons, was reduced during the three days, according to data the city government submitted to Rep. Lim Lee-ja of the main opposition Liberty Korea Party. 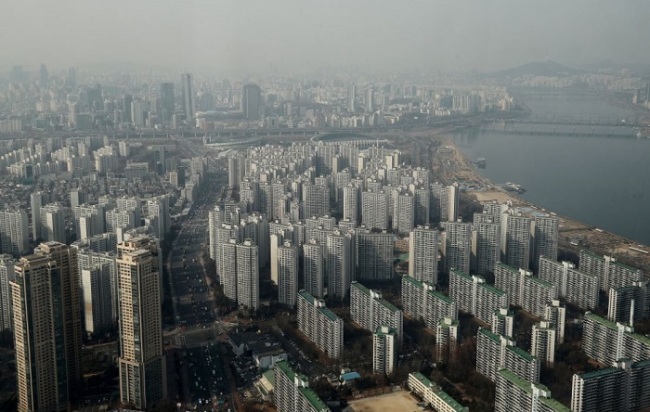 The Ministry of Environment said earlier that the Seoul metropolitan area saw an estimated fine dust reduction of between 1.5 and 3.5 tons, or 1-2.4 percent of the average daily emissions of 147 tons, as Gyeonggi Province and the cities of Seoul and Incheon took emergency fine dust reduction measures.

On daily average, 2.3 tons of fine dust, or 1.5 percent of the average daily emissions in Seoul, Incheon and Gyeonggi Province combined, was reduced.

The ministry said 1.61 tons of the fine dust reduction came from vehicle emissions, 0.34 ton from facilities that emit air pollutants, and 0.29 ton from construction sites.

Seoul City took credit for 43 percent of the fine dust reduction in vehicle emissions across the metropolitan area due to its free public transportation policy.

“Of the city’s emergency fine dust reduction measures last month, those in transportation were the most effective,” a Seoul City official said, adding that more research and analysis were necessary.

The city government used the ministry’s method in estimating the amount of fine dust reduction.

Lawmakers of ruling and opposition parties alike had criticized Seoul Mayor Park Won-soon for the free public transportation policy, calling it a waste of taxpayer money and a populist scheme ahead of the mayoral election in June.