Sung Baik-you, spokesperson for the PyeongChang Organizing Committee, said at a press conference held at the Main Press Center in PyeongChang on Sunday that approximately 1 million tickets have been sold as of Saturday evening. 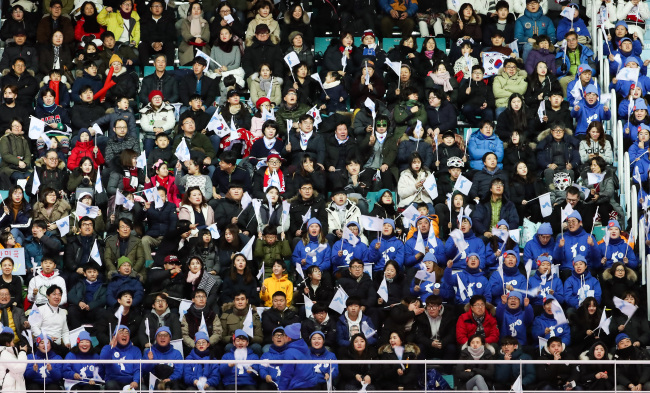 Crowds fill the stands at Kwandong Hockey Center in Gangneung on Monday, when the joint Korean women's hockey team competed against Sweden. (Yonhap)
According to Sung, visitors to the Olympic venues in PyeongChang and Gangneung climbed during the Lunar New Year holiday.

While the organizers originally had concerns that the number of visitors may shrink during the holidays, a total of 108,000 visitors came to see the games on Friday, the day of the Lunar New Year.