GANGNEUNG, Gangwon Province -- Speed skater Park Seung-hi, who finished her Olympic career on ice this week, expressed gratitude to fans for their support on Thursday.

“I would like to express deep gratitude for the many people who encouraged my challenge, which could also seem reckless,” Park wrote on her Instagram page. 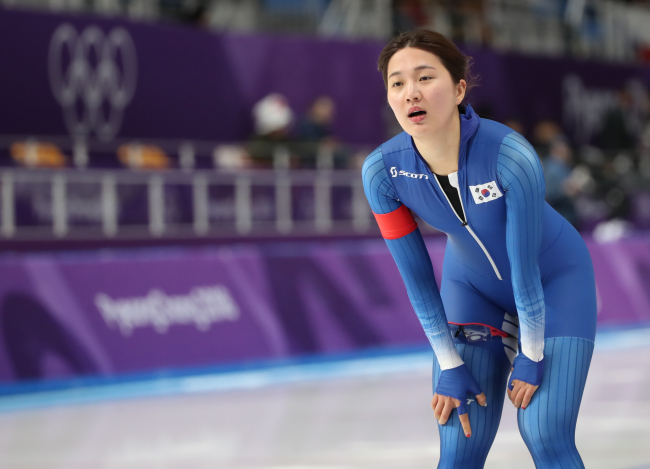 South Korean speed skater Park Seung-hi (Yonhap)
The converted short tracker participated in her third Olympics here at the PyeongChang Winter Games -- her first as a speed skater -- and finished in the 16th spot of the women‘s 1,000 meters.

In short track, Park won two bronze medals at the 2010 Vancouver Winter Olympics and collected two golds and a bronze at the 2014 Sochi Winter Games, before she decided to switch disciplines.

Having won a medal in each of four women’s short track events, Park originally intended to retire from the ice, but soon changed her mind and decided to test her limits in speed skating.

“As my performance was not good enough after my transition, I received much criticism and I had a lot of regrets,” Park said.

“Although I could have brought happiness to more people with better results if I ran as a short tracker, I chose to take a new path.

”And my final Olympics ended with the roar from the crowd who supported me,“ she added. ”I am happy to become the first (South Korean) athlete to compete in the Winter Olympics in the two sports.“

Park earlier said she has no intention of competing at another Olympics, claiming she‘s determined to retire. (Yonhap)