The opening ceremony of the PyeongChang Winter Olympics took place Friday. Here is what’s behind some of the most trending words in South Korea and abroad regarding the ceremony.

(Photo on the left) (From left) Ha Hyun-woo, Lee Eun-mi, Jeon In-kwon and Ahn Ji-young sang John Lennon`s "Imagine" at the opening ceremony for the 2018 Winter Olympics. (Photo on the right) Lights in the shape of a dove enveloped the singers, symbolizing hopes for peace. (Yonhap) 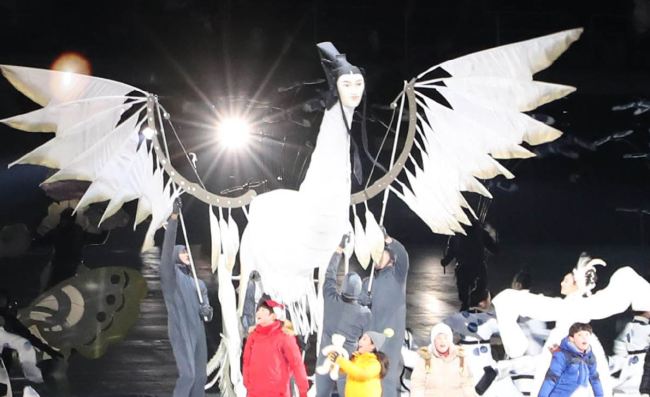 Inmyeonjo, a human-faced bird that appears in tomb paintings from Korea’s ancient Kingdom of Goguryeo (BCE-668), is being featured in the opening ceremony of the PyeongChang Winter Olympics on Friday, celebrating the themes of peace and harmony.(Lee Sang-sub/ The Korea Herald)

Inmyeonjo is a human-faced bird that appears in tomb paintings from Korea’s ancient Kingdom of Goguryeo. The bird was featured in the opening ceremony of the PyeongChang Winter Olympics on Friday, celebrating the themes of peace and harmony.

Soon after it was broadcast live, the bird quickly became a talking point among many South Koreans on social media, as many found the bird grotesque and even scary.

“I thought I was watching a horror movie,” said one Twitter user. “I would not have been able to forget that (horrific) face of Inmyeonjo if Kim Yuna did not appear at the end of the ceremony,” said another.

In spite of its eerie appearance, the bird in fact was traditionally believed to live in paradise and to have the most beautiful voice by Buddhists in the Goguryeo Kingdom. They believed that only those with a pure heart would be able to listen to the bird’s songs in heaven. 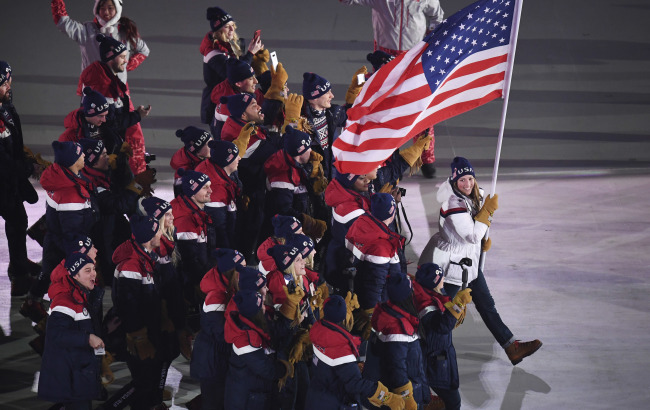 Psy`s Gangnam Style was played as the United States’ athletes marched in during the opening ceremony of the PyeongChang Olympic Games on Friday (Yonhap).

One of the trending words worldwide on Friday night was Gangnam Style, K-pop star Psy’s megahit song which was played during the Olympic opening ceremony.

The song was played as the United States’ athletes marched in, and according to Paula Hancocks, the CNN’s Korea correspondent who was at the venue at the time, the loudest cheer took place when the song stated playing.

“Mike Pence, standing next to Mother, waves to the USA athletes as the stadium blasts “Heeeeeeey, sexy ladies,” wrote Lindsay Gibbs, who is a sports writer for ThinkProgress on her Twitter account as she witnessed the scene in the stadium.

Other than Psy’s “Gangnam Style,” TWICE’s “Likey,” Big Bang’s “Fantastic Baby,” BTS’ “DNA” and Red Velvet’s “Red Flavor” echoed through the stadium as the Olympic athletes made their entrance. 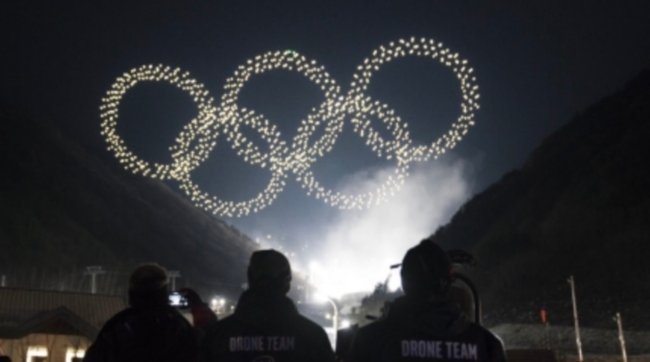 A record-setting 1,218 drones take on the shape of the iconic Olympic rings during the Opening Ceremony of the PyeongChang Olympics held Friday. (Intel)

South Korea wowed Olympic viewers worldwide Friday with the sight of thousands of drones flying in the night skies of PyeongChang to take on the shape of five Olympic rings.

A record-setting 1,218 drones filled the sky Friday night, showcasing Intel’s Shooting Star drone technology that allows fleets of drones to be easily programmed, assembled and operated to create unique choreographed images in the sky, according to the tech firm.

The performance is set to be featured in the Guinness World Records for the most unmanned aerial vehicles airborne simultaneously.

At the Olympic opening ceremony, the drones decorated the skies of PyeongChang, alongside hundreds of South Korea’s snowboarders who slid down the slopes, clad in jumpsuits flashing with light-emitting diode lights.

The drone fleet formed various Olympic-themed animations, including the figure of a snowboarder and the iconic interlocking Olympic rings, in an ode to South Korea’s drive to give the Winter Games a high-tech spin.

The synchronized drone performance has led Twitter users to praise South Korea as the hallmark of “Cyberpunk” -- a term used to refer to a subgenre of science fiction that features advanced science and technology in an urban, dystopian future. 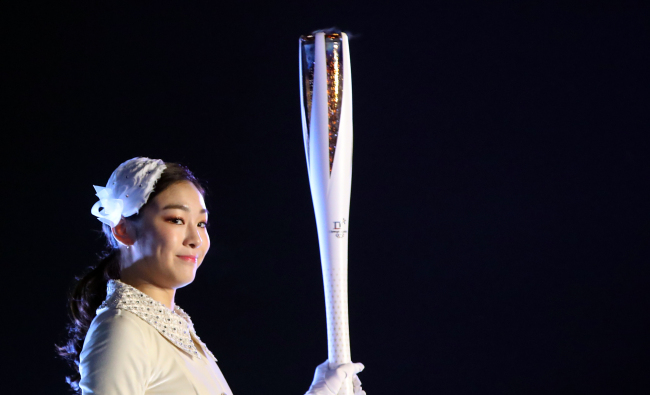 Kim performed a short skating routine on the ice and received the flame from two members of the joint North and South Korean women’s hockey team, sending it up to the cauldron.