The 2018 PyeongChang Winter Olympic Games will kick off Friday and its official stores opened nationwide in Korea are welcoming sports fans from all over the world.

The PyeongChang Organizing Committee for the 2018 Olympic and Paralympic Winter Games launched its first official merchandise store in May 2017, and since then expanded the number of the stores to 22.

Korea’s retail giant Lotte Group, one of the sponsors for the PyeongChang Olympic Games, are in charge of running the stores from its branches including department stores, duty frees and outlet stores.

Some licensed merchandise is also available at national museums, stations, airports, hotels and convenience stores across the country, according to the organizing committee. 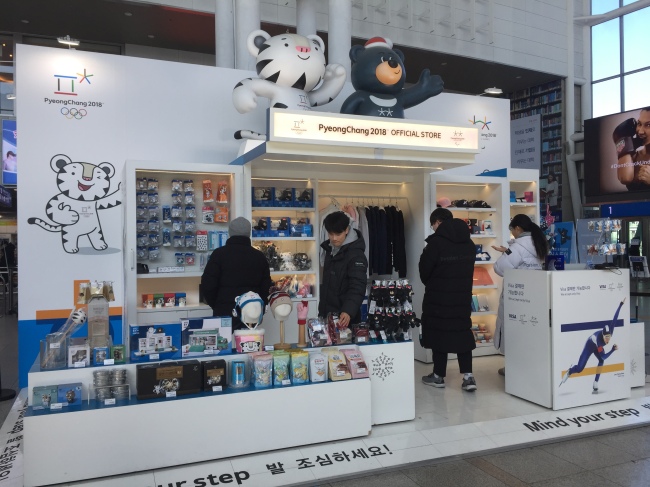 On a week before the Olympic Games took place, about 10 customers were seen at the store located in Lotte Department Store Myeongdong branch.

“I collect the official merchandise of the Olympic Games each time,” one customer said while surveying the products one by one meticulously. 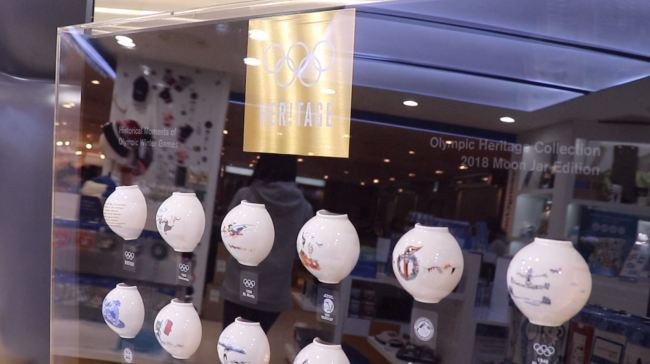 The Olympic Heritage Moon Jar Collection is displayed in the PyeongChang official store in Lotte Department Store’s Myeong-dong branch (Park Ju-young/The Korea Herald)
Park said he already purchased the Olympic Heritage Moon Jar collection via the official online store and visited the offline store to check out the product before it gets delivered.

Most of the customers, however, tend to focus on the casual products that come at affordable prices, such as postcards, dolls, cups or accessories.

“I came to the store to get some souvenir and gifts to my family member,” said Richard Buckley, a British tourist who visited Seoul during the winter. After about 10 minutes of browsing, he finally chose a stuffed Bandabi doll, which he counted as his favorite character because of its “cuteness.”

“The number of customers looking for the character-themed products continues to increase,” Ahn Woong, a Lotte Department Store representative, told the Korea Herald. PyeongChang sneakers are among the other most popular items in the store, following PyeongChang long padded coats’ explosive success. 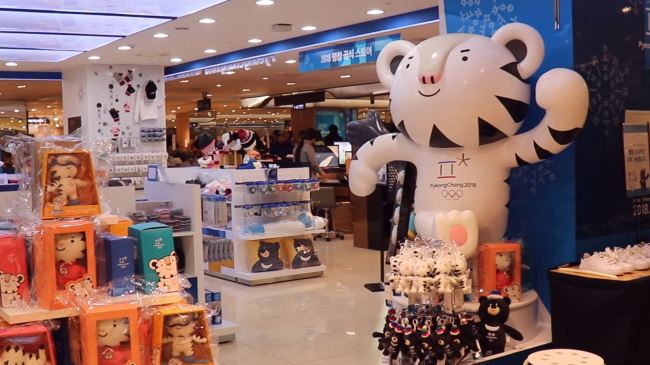