The first gold medal in short track will come from the men's 1,500 meters, where three South Koreans, Hwang Dae-heon, Seo Yi-ra and Lim Hyo-jun, will compete. And Hwang is considered the most prominent skater as the 18-year-old currently stands as world No. 1 in the distance.

Lim also won gold in the first 1,500m race during the 2017-2018 World Cup season, and it's highly likely a member of Team Korea could stand on the top of the podium.

Although short-distance races have been a weak point for the female team, Choi Min-jeong, world No. 1 in the distance, has a realistic shot at winning South Korea's first gold from the 500m. 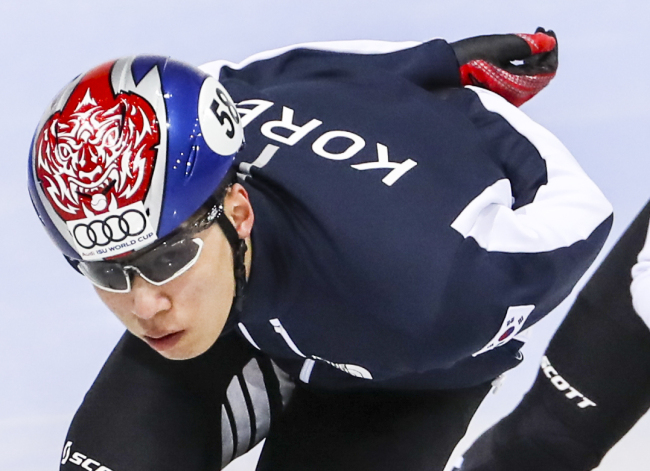 There are 23 South Koreans and 12 North Koreans on the expanded unified roster -- the first of its kind in any sports in Olympic history. But the game roster of 22, with 20 skaters and two goaltenders, hasn't changed, and at least three players must be from North Korea, under the terms announced by the International Olympic Committee.

Head coach Sarah Murray has said she plans to use three or four North Koreans in the first game.

South Korea is ranked 22nd in the world, three spots above North Korea. Switzerland is No. 6.

The very first gold medal out of 102 at these Olympic Games will come from cross-country skiing at Alpensia Cross-Country Centre, where the women's 7.5-kilometer + 7.5-kilometer skiathlon will be contested. (Yonhap)